A Quick Look at Recent Crude Trends in Egypt

Egyptian oil inventories have been experiencing large swings given some major long-term events taking place in the country, including its large oil exploration deals and BP’s shift to focus more on natural gas.

In the chart below, we can see a massive jump in inventories taking place after December ‘17. Egypt has made three tremendously large oil exploration deals worth over $80 million. This funding will result in exploration of 16 new fields in the Western Desert, according to this article.

Given that these deals took place towards the latter portion of 2017, we can speculate that Egypt’s large jump in 2018 inventories can be largely attributed to its massive oil exploration undertaking. 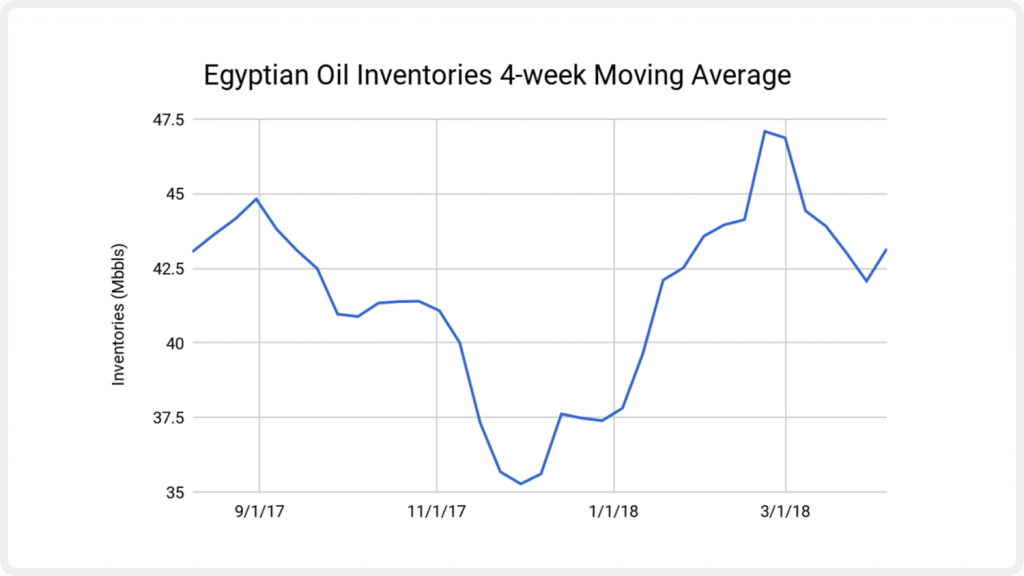 Another recent trend that we can see is the drop in March ‘18 inventories. While it seems like this could potentially be attributed to ordinary inventory fluctuation, it could also be because BP is shifting its focus to natural gas reserves and has been selling its oil fields in Egypt over the past few months.

Most of these assets come from the Gulf of Suez according to this source, which may explain why we see volatility in Suez inventories in the 2018 portion of the 4-week moving average chart  below. 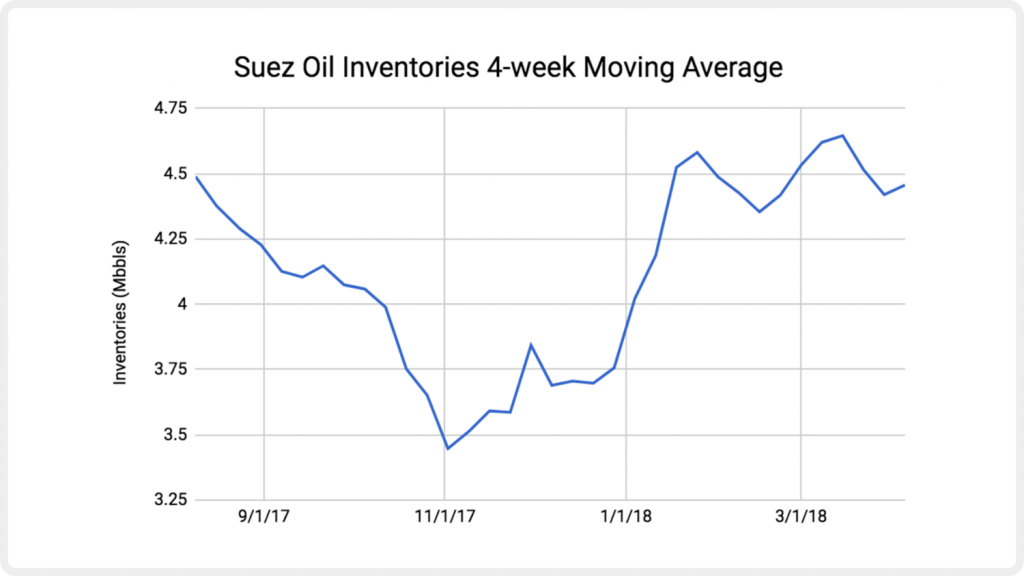 It is still to be determined what the true aftermath of BP’s oil field selling will be, but for now it appears that BP’s investment into natural gas could have notable implications on oil inventories and total global supply.

Ursa data provides a clear view into this inventory volatility, and provides weekly measurements for this region and other key areas in MENA. Sign-up for our blog posts to receive these regular insights right in your inbox.