Just as the global auto industry is beginning to recover from the coronavirus pandemic, another crisis involving a shortage of semiconductor chips has surfaced in early 2021, raising concerns about the sector’s productivity.

How badly will car makers fare? For how long? Which companies will suffer the most?

The answers to those questions have broad implications, considering the significance of the auto industry. Car factories employ millions of people worldwide. A significant drop in sales and revenue could result in painful layoffs, impact GDP growth and delay economic recovery.

It’s possible to track this story and the global automotive industry, in general, with a new index developed by Ursa Space using radar satellite imagery.

For more information, you can watch a short video or check out a story map explaining some of the recent insights using the AMIs.

We’re monitoring activity at dozens of auto plants around the world, including the following countries:

A look at various AMIs illustrates how the auto industry’s performance in 2020 differed depending on the country, as the pandemic spread unevenly across the globe.

All countries were negatively affected, though some bounced back (China, Germany, US) by the end of the year, while others (Brazil, India) had not.

The graphs below show country-specific AMIs with the bars color-coded based on a spectrum ranging from relatively high (blue) to relatively low (red). 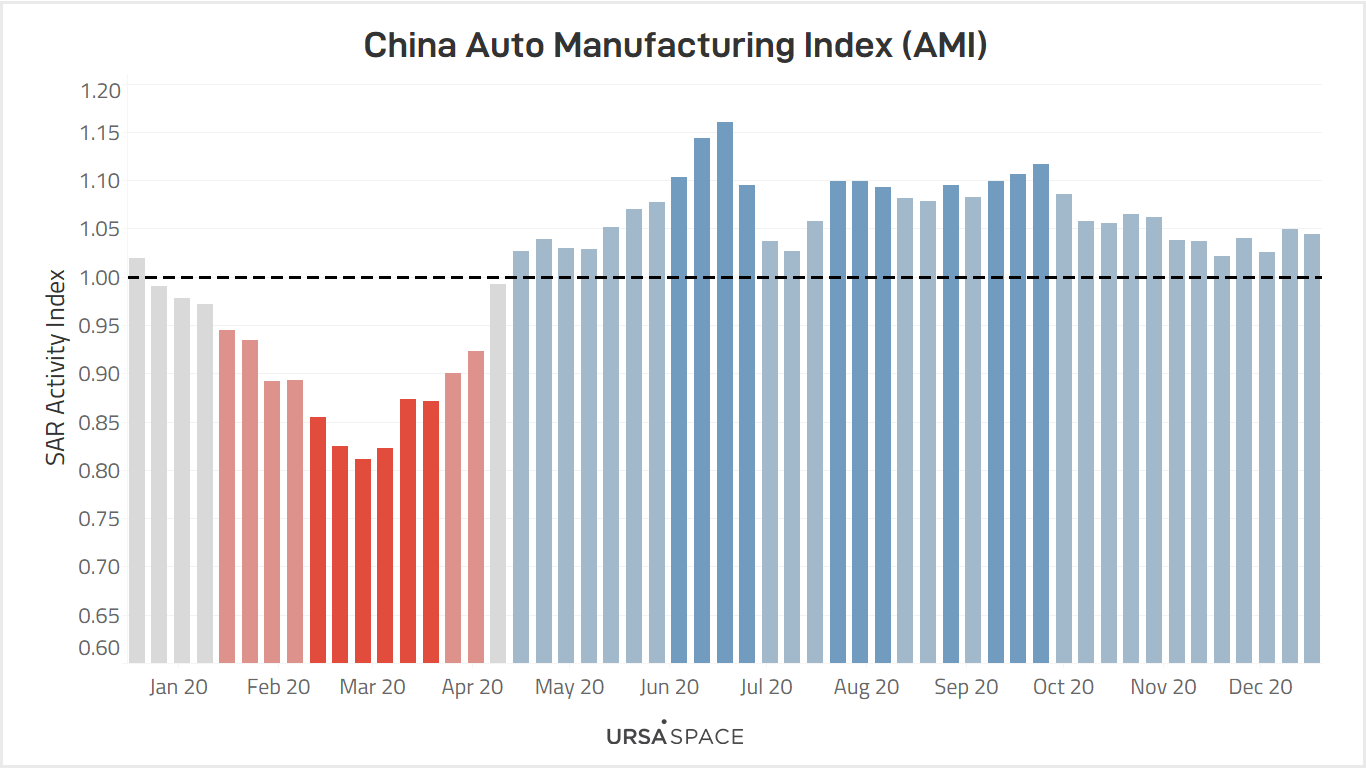 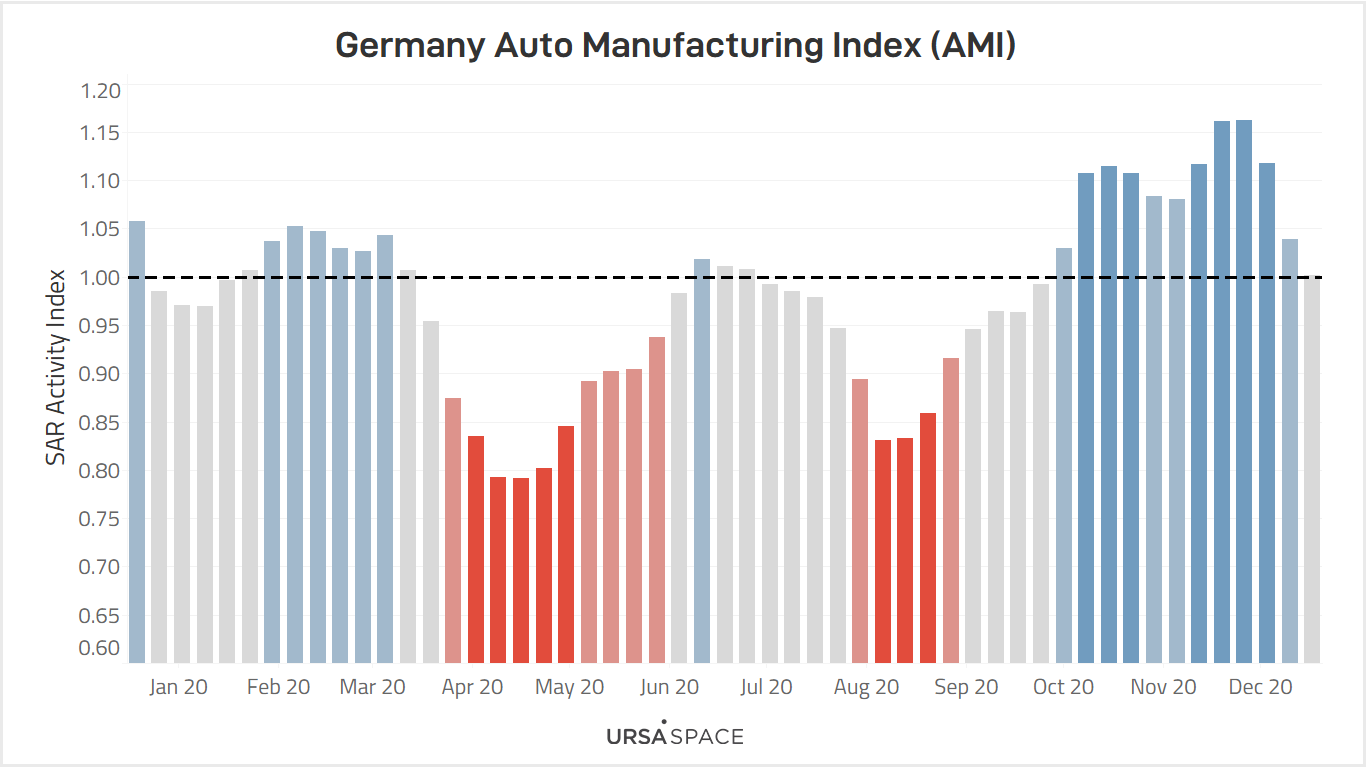 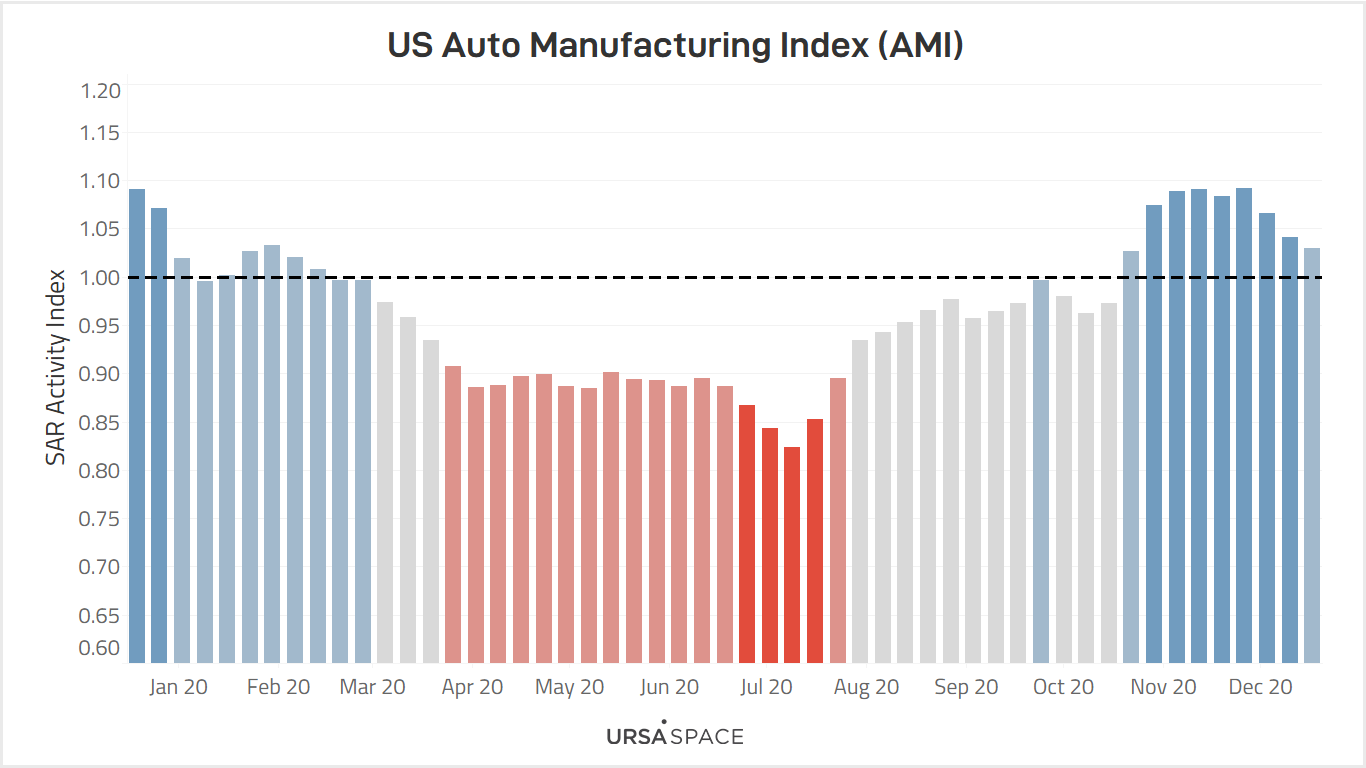 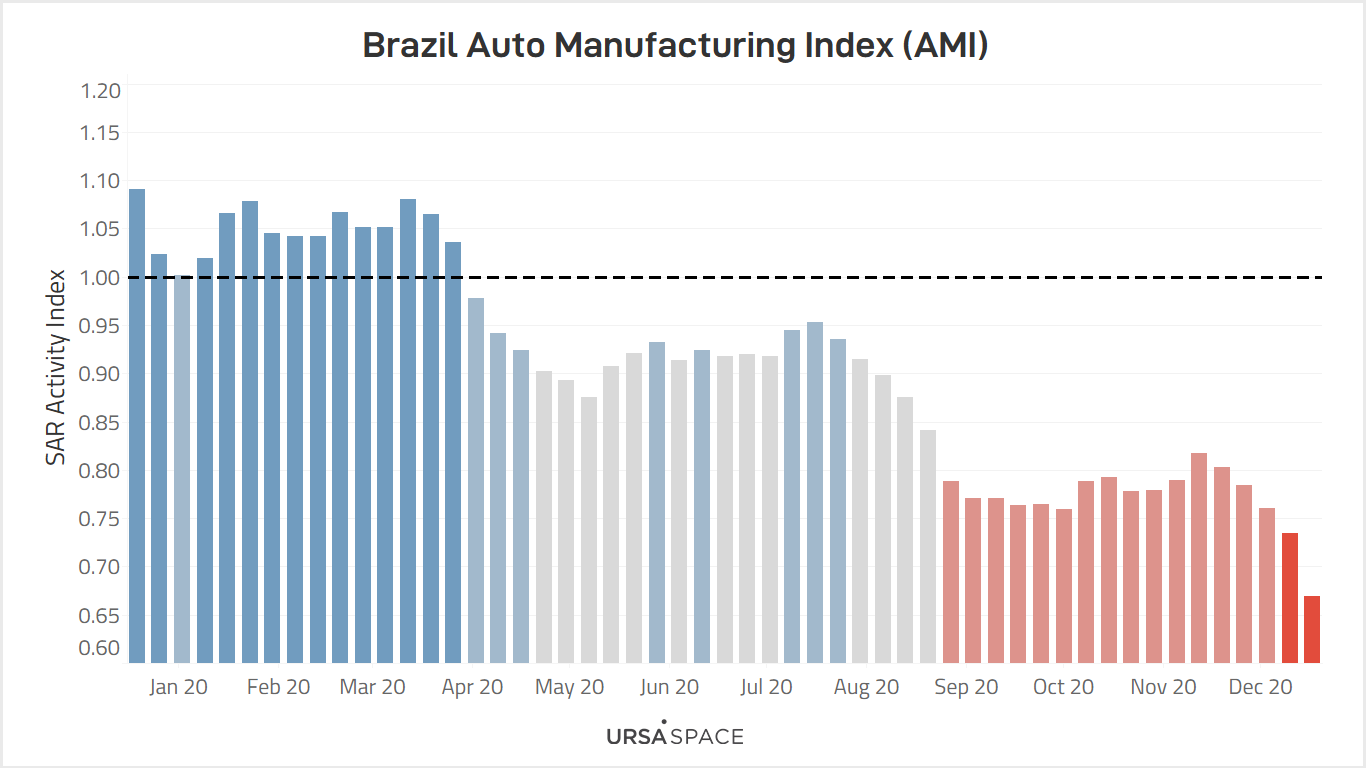 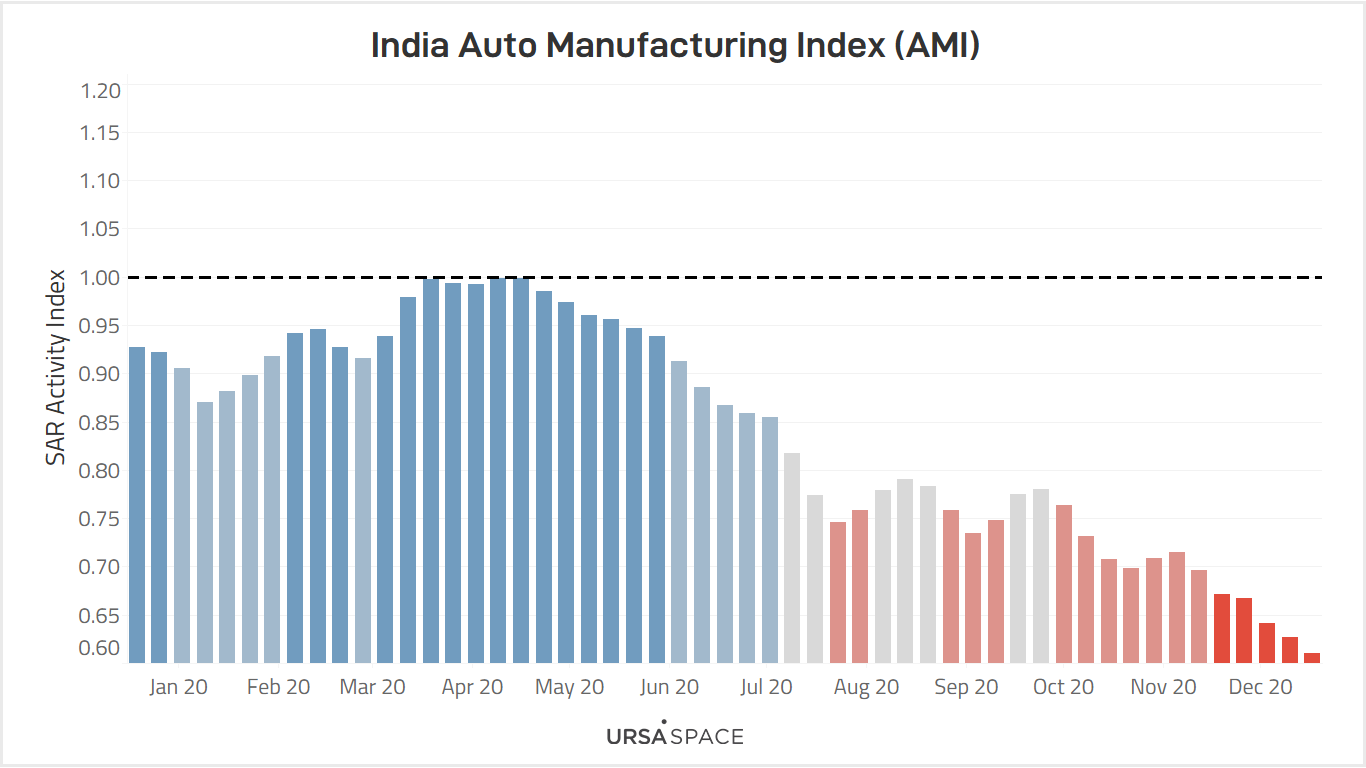 OLDER POSTInternational Women’s Day: A Toast to All Women in STEM
An Update on Oil Market Fundamentals