The pipeline between the Cano Limon oil field in northeast Colombia and the Caribbean town of Covenas has been bombed repeatedly by leftist guerrillas for more than 30 years.

A fresh round of attacks that began last month blamed on the Marxist National Liberation Army (ELN) has occurred at a fragile moment in the country’s history.

The Revolutionary Army of Colombia (FARC) agreed in 2016 to stop fighting and become a political party, earning Santos a Nobel Peace Prize in the process, while another track with ELN stalled.

During his inaugural address, Duque said negotiations could resume if the Marxist ELN rebels end violent and criminal acts.

A frequent target for rebels over the years has been the 485-mile pipeline that begins in the oil-rich Arauca region, winds its way along the Venezuelan border and then bends northwest to the port of Covenas.

The Cano Limon-Covenas pipeline can deliver 220,000 barrels per day, making it the country’s second-largest pipeline by capacity.

There are seven oil pipelines in Colombia. The Transandino pipeline carries crude from the Orito field in the Putumayo Basin to the Pacific port of Tumaco.

The others form a network designed to transport oil to Covenas, the biggest export terminal in Colombia.  Castilla Blend and Vasconia – a pair of sour crude grades — are both loaded onto tankers from here. The main destination is the US Gulf Coast. 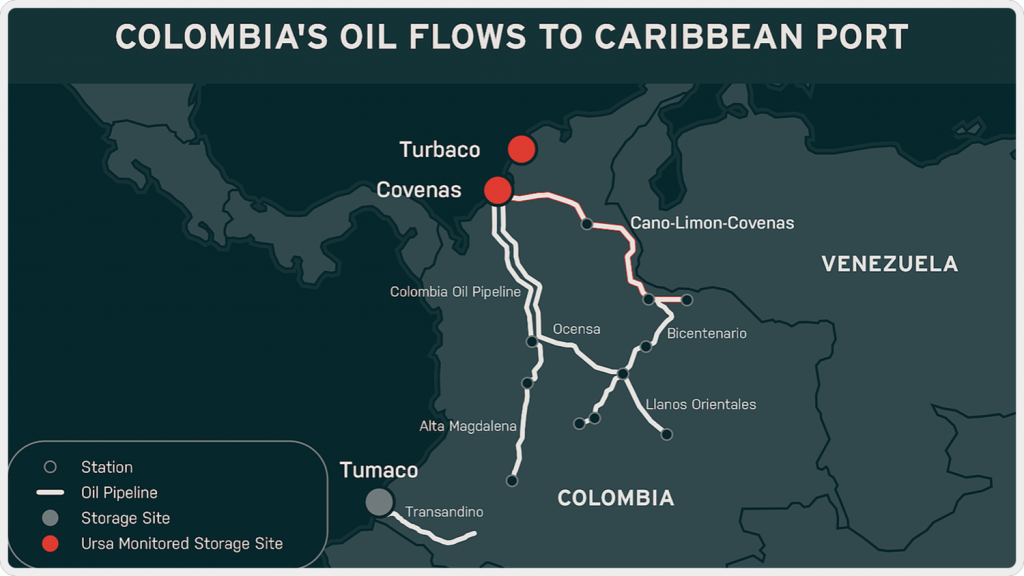 The discovery of oil at Cano Limon in the early 1980s by Occidental turned Colombia into a major exporter.

It’s hardly been smooth sailing, however, especially in the late 1990s when violence soared.

This coincided with a period when US refiners were increasingly hungry for Colombian crude.

But attacks continued to increase in the early 2000s eventually taking a toll on exports costing the Colombian government millions of dollars in lost revenue.

In Washington, the disruptions were viewed as endangering national energy security. 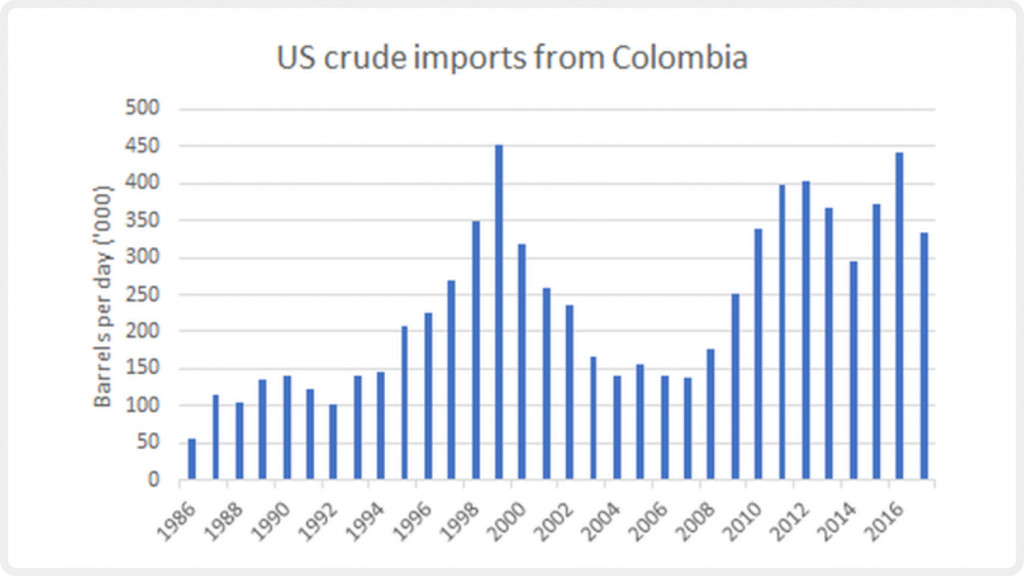 The Colombian National Army’s 18th Brigade was tasked with securing the pipeline. Attacks abated from 2005 to 2010, but then picked up again.

The Cano Limon-Covenas pipeline was attacked 63 times in 2018 from January through early September. The pipeline even stopped operating for six months until July 10.

One difference has been Ecopetrol’s response, which company officials credit for mitigating the impact of pipeline attacks on production and exports.

Specifically, Ecopetrol has implemented a contingency plan since 2017 rerouting supply from the Cano Limon oil field to the Bicentario pipeline when the CLC pipeline shuts. Flows on the latter are switched to “bidirectional” for this step to work.

How do we know if this has been successful?

For one, oil tanks at Covenas have remained stable this year. Significant problems would likely have caused inventories to drain.

Covenas oil storage levels have been little changed this year at approximately 5-6 million barrels, Ursa calculations show. The site has a capacity of 10 million barrels. 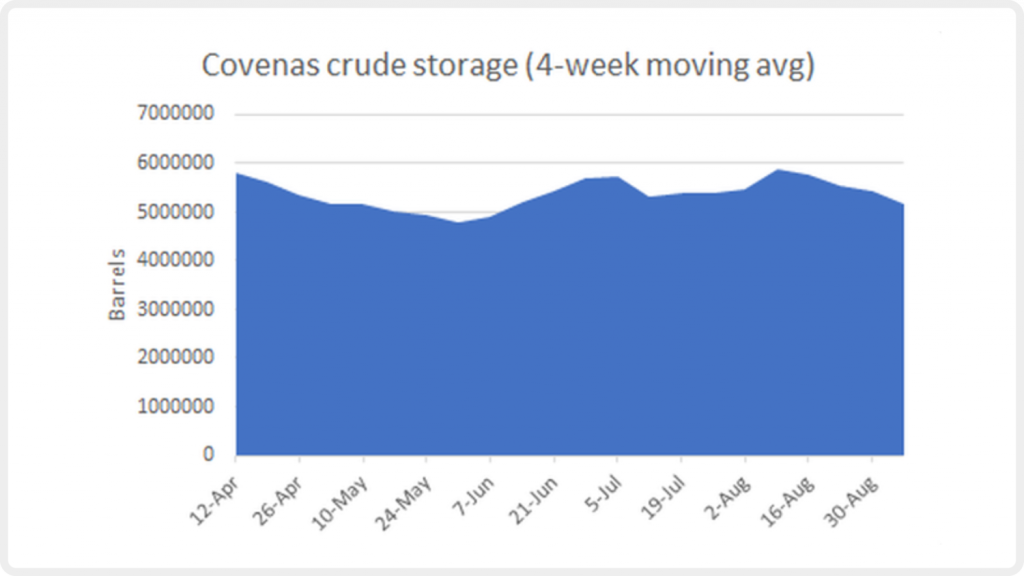 However, the broader trend suggests pipeline bombings have left a mark. The amount of oil loaded onto tankers at Covenas has been declining.

Covenas crude exports totaled almost 130 million barrels over the first eight months of 2018, equivalent to 533,000 b/d, according to data from ClipperData.

Reversing this trend could hinge on politics. An agreement between the government and ELN rebels that leads to the cessation of pipeline bombings would greatly improve the outlook for the Colombian oil industry.

How likely is that?