Canadian Crude Looks for a Home

These should be good times for oil producers.

Crude futures have stabilized around $70-$80 per barrel. Prices generally look high enough to make money, but not too high to cause demand destruction or invite megaprojects destined to flood the market for years to come.

The longer this Goldilocks scenario lasts the better for oilmen around the world.

Not everyone is smiling. Canadian crude prices are stuck in the doldrums, unable to ride the wave seen in the futures market.

But the discount has widened sharply, causing headaches north of the border.

The yawning gap between WCS and WTI has been a case of Canadian supply exceeding Canadian pipeline capacity.

What happened next is the WCS discount widened to make crude-by-rail transport financially viable. Hauling crude by train costs around $11-14/b versus $7/b by pipeline.

The amount of crude shipped on trains from Canada to the US has been increasing despite opposition stemming from the 2013 oil train crash in Lac-Megantic, Quebec.

Canadian crude exports by rail reached a record-high of 204,558 b/d in June, according to National Energy Board statistics. 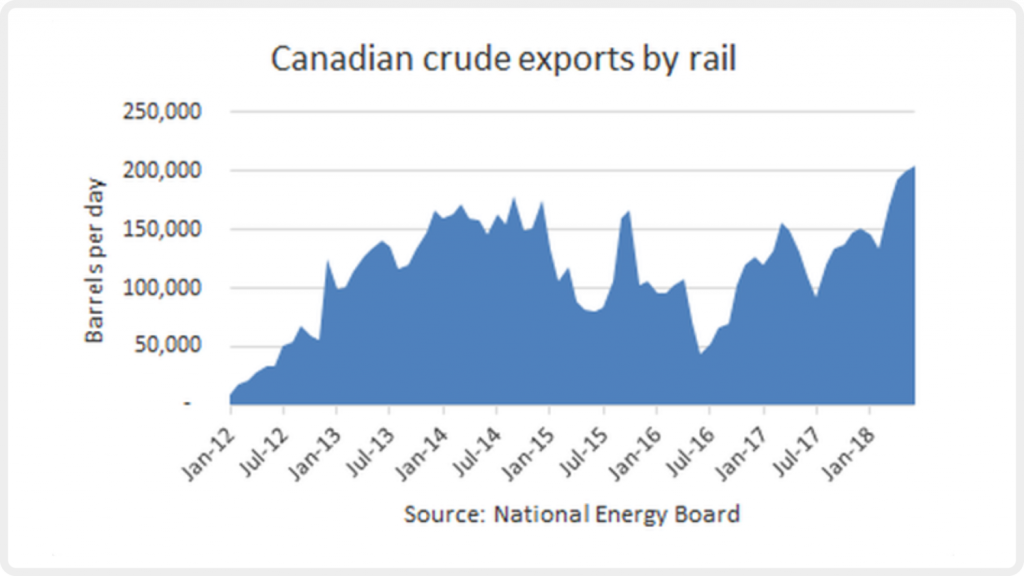 It seems shipments by rail haven’t been enough to prevent stocks from building.

Crude inventories at Hardisty reached 12.2 million barrels the week ending September 20, the most since May 31, according to Ursa data. Hardisty stocks have built three straight weeks by 3.95 million barrels.

One reason why has been the increase in supply.

Syncrude production (350,000 b/d) returned after a hiatus caused by an unexpected power outage beginning in June. We blogged earlier about this topic and the price impact.

Suncor’s Fort Hills facility, located north of Fort McMurray, had its grand opening in September. The oil sands project is supposed to reach 194,000 b/d by the end of the year.

Persistently low oil prices should curb output over time. That idea is keeping a lid on WCS outright prices in the $30s, a level not seen for WTI or Brent since the depth of the downturn in 2016, a point of consternation in parts of Canada.

Coinciding with a period of higher global oil benchmarks, the differential between WCS and WTI has widened far beyond the amount necessary to make rail economics work. 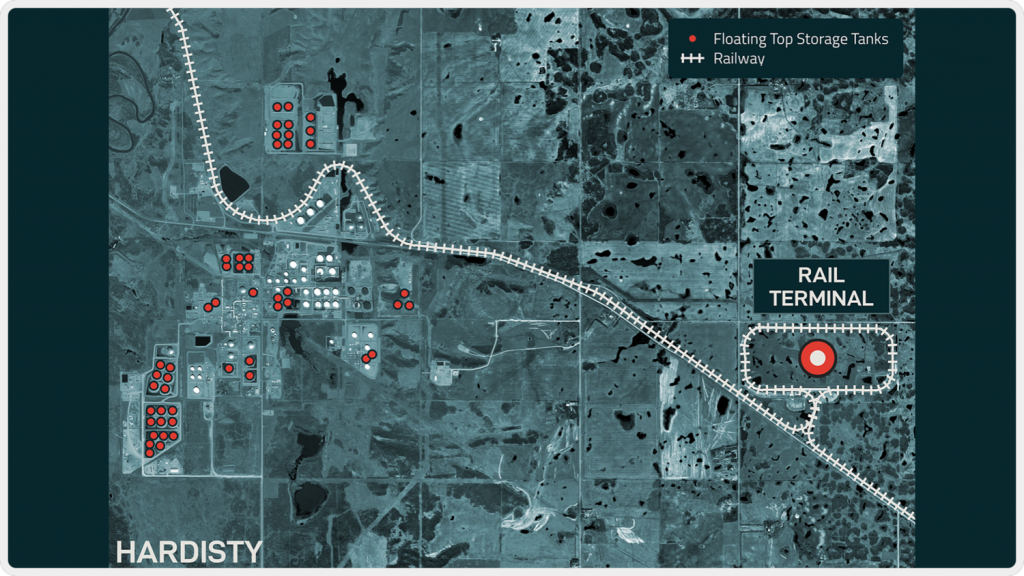 Greater pipeline capacity to move supply out of the Canadian oil sands would help relieve the glut.

A Canadian court overturned the government’s approval of the Trans Mountain pipeline expansion, which runs from Edmonton to a port near Vancouver.

Enbridge has the Line 3 replacement program for its pipeline between Hardisty, Alberta and Superior, Wisconsin.

Then there is TransCanada’s Keystone XL pipeline which faces an uphill battle even after President Trump approved the project by executive order.

The more immediate issue is autumn refinery maintenance. An extensive outage in the US Midwest for scheduled repairs reduces demand for Western Canadian crude.

That’s not good news for oil executives in Calgary.