Crude oil supply has been on the minds of every energy analyst in recent months following large decreases in production in major exporting nations. There have been many stories headlining the news regarding disruptions all around the world. Several large oil producing nations have been having difficulties maintaining production levels, and in Canada’s case, exporting their supply. With how sensitive the oil market is, big changes in supply can greatly alter the price of crude oil. We have seen crude oil at great lows just a few months ago, to great highs in the recent few weeks.

Members of OPEC met earlier this month to discuss a solution to losses in supply from several regions of the world. The goal for OPEC is to keep Brent between $75 – $80 in order to keep the market at a healthy spot. We have seen in the past how much change can occur based on changes in inventory, take for example the 2014 and 2016 markets. The plan that OPEC agreed on was to increase production levels across the board in order to make up for losses in Iran, Libya, Canada, and Venezuela. The idea was to increase production by 1,000,000 bpd but some analysts expect it to only increase by about 600,000.

Iran, Libya, Canada, and Venezuela are all facing decreases in production levels. Iran is finally seeing effects of imposed US sanctions on international trade and have had to reduce their production accordingly. Several sites in Libya have been taken over by organizations not recognized by the Tripoli based government. These sites have been isolated from cargo ships, production has been recently shut down, and the oil at the site is essentially stuck. Canadian pipelines are proving to be ineffective at getting crude oil into the United States and coastlines in order to be exported overseas. WCS price has been consistently widening from WTI due to Canada’s inability to move the oil. 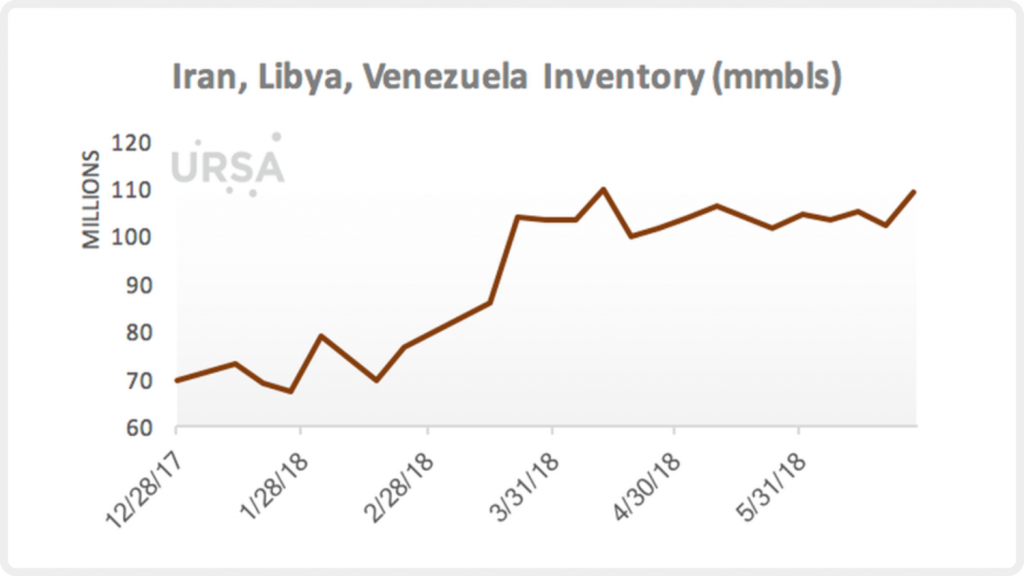 Kuwait and Saudi Arabia have mutually agreed to stop all production in the Neutral Zone between the two nations in order to finalize technical maintenance on the Saudi side of the facility. The Neutral Zone produces a large percentage of oil for both nations with the oil being dispersed to several facilities inland. The EIA estimates that the facility holds approximately 5 billion barrels of crude oil and refined products and 1 trillion cubic feet of natural gas. Production at the neutral zone facility averages around 600,000 bpd equally divided by both nations.

Ursa monitors several sites along the borders of Kuwait and Saudi Arabia weekly. Inventory levels at these facilities have remained steady for the majority of 2018. Most recently, Kuwait refinery Ahamdi saw a drastic draw in inventory levels over the last few weeks while Saudi

Arabian tank farm Khafji saw an increase two weeks ago and a recent draw to just above previous levels. Both sites mutually agreed to stop all production from the neutral zone site. This would suggest that oil is flowing into these places through pipelines and other production sites. There are no definite signs that production has restarted yet. Ursa measures Saudi Arabian and Kuwaiti crude oil inventories weekly and is the best source to report a restart in production levels.

Oil Giants Make Up for Losses

Saudi Arabia, United Arab Emirates, and Russia account for the majority of the bulk of the increases in production. The United Arab Emirates president has come out to say that the UAE is able to increase production far beyond the needs of the OPEC agreement. Saudi Arabia is expected to account for most of the increases, thus potentially overpassing the United States again in the near future. Russia, although not in OPEC, has met with Saudi Arabian officials to negotiate a suspension of the agreement made between the two nations to decrease production in late 2016. The three of these nations have seen extreme builds in inventories after the OPEC meeting, as seen in the chart below. 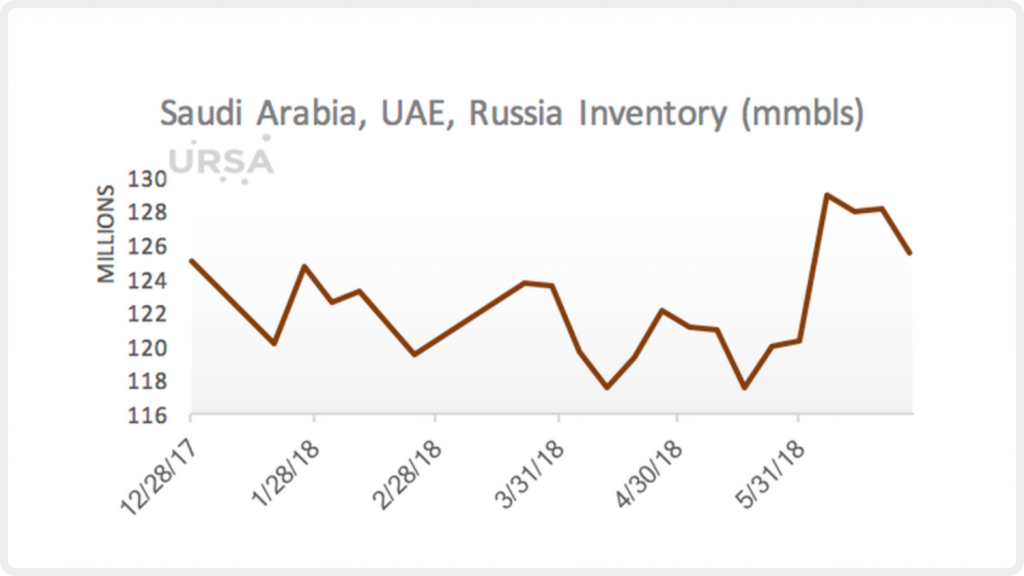 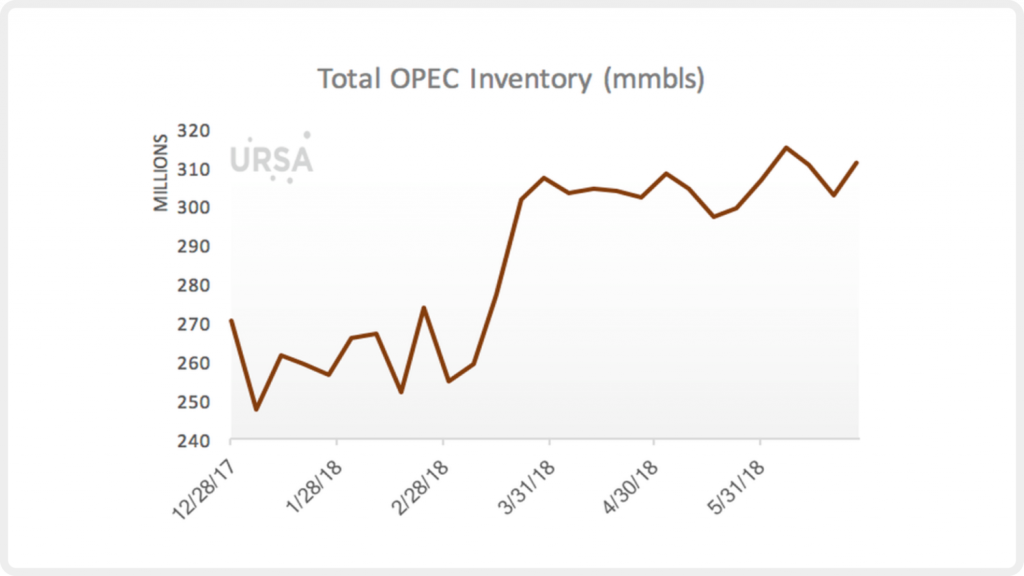 This could mean a rebound in production, loss of exports, or increases in imports. Ursa takes weekly measurements of major sites in all the nations aforementioned in this paper. This information can be used to determine the effectiveness of the OPEC meeting in Vienna and the changes made to the struggling nations.