How could a faulty electrical transformer in the middle of Canada send global oil prices soaring?

On June 20, in the heart of the Alberta oil sands, a power outage hit the Syncrude facility near Fort McMurray. In an instant, Syncrude production was lost and not expected to come back right away.

The Syncrude operation relies on electricity to upgrade thick bitumen into 360,000 barrels of light crude every day.

With traders already on edge over supply disruptions in Libya and Venezuela, and bracing for fewer Iranian exports later this year, WTI crude futures jumped to the highest level since late 2014. 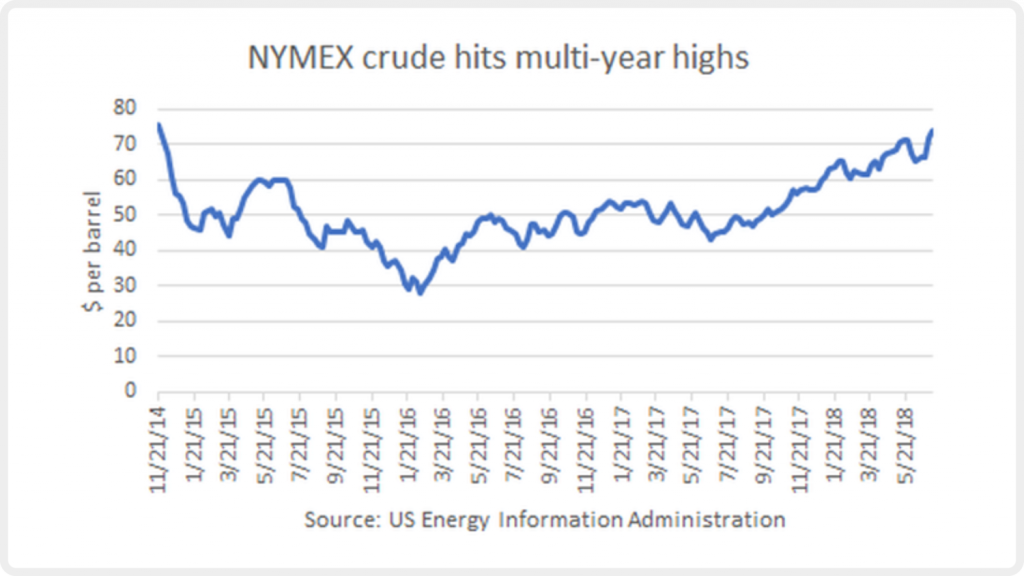 The huge spike in the premium for the first month contract was also significant, illustrating the strong demand for immediate delivery. 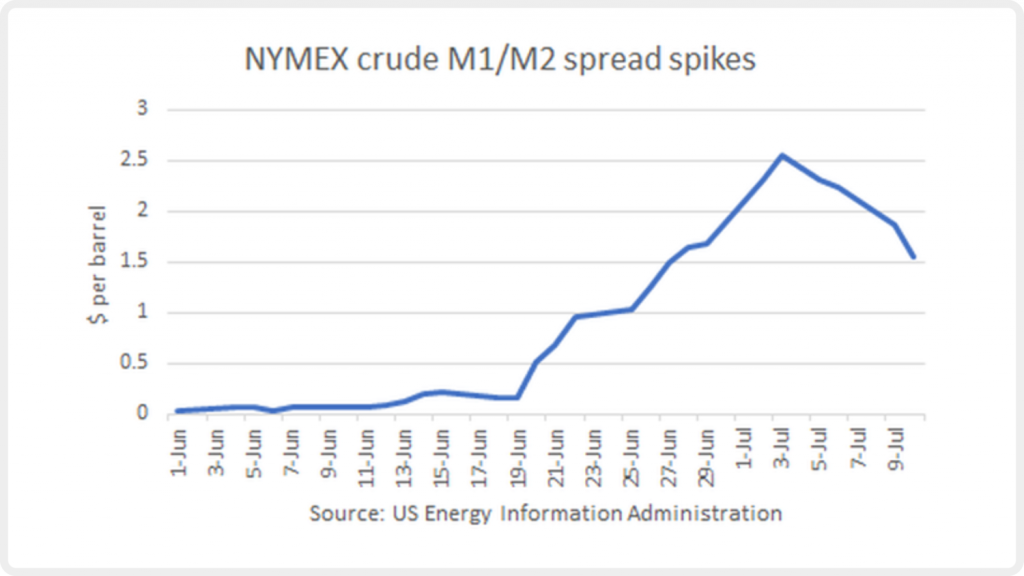 Suncor, the majority owner, said July 9 that the Syncrude facility will restart later in the month, but won’t return to full service until mid-September.

That is significant for the US oil market, which counts Canada as its top foreign supplier. The impact was felt some 1,900 miles south of Fort McMurray in Cushing, Oklahoma.

Oil prices have since backed off from multi-year highs, but any news suggesting Syncrude’s return date is being pushed back could stoke the upside once again.

One group benefiting from the Syncrude outage is producers of Western Canadian Select. Increased demand for WCS to fill the void has strengthened WCS prices. WCS remains at a hefty discount to WTI crude (Cushing), as usual, but that differential has been steadily shrinking.

Any extra barrels of WCS could mitigate the size of draws underway at Hardisty, Alberta.

Ursa will continue to monitor the situation, providing updates to our followers as developments occur.