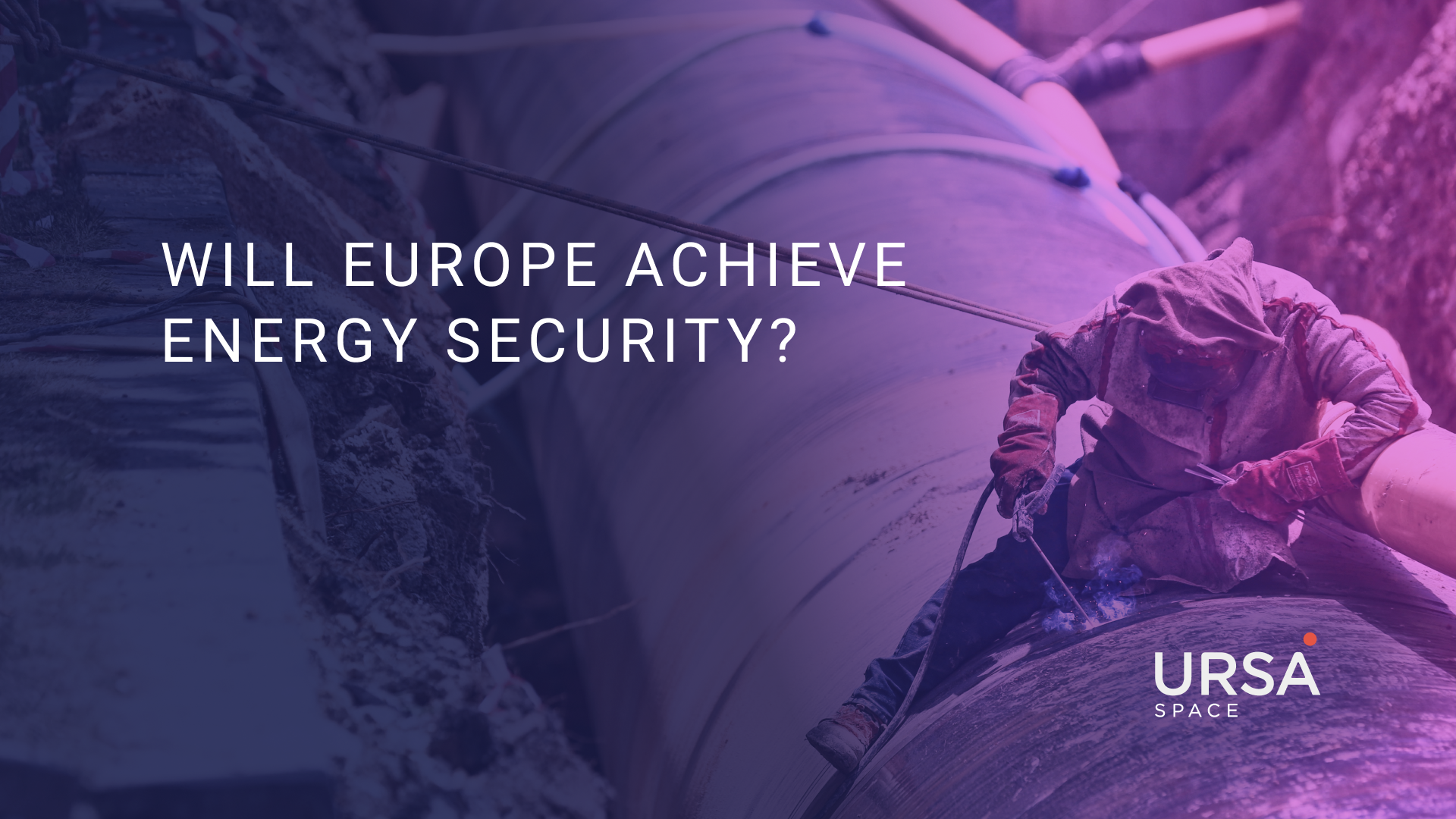 Still, a feeling of unease remains ever since Russia drastically cut gas pipeline flows last year in retaliation for economic sanctions imposed by the West against Moscow.

Are energy shortages on the horizon? If so, what will happen to the millions of people across the continent who rely on these fuel inventories to heat their homes and buildings throughout the coldest months of the year?

European Union (EU) leaders have vowed to transform the bloc’s energy system and reduce its dependence on Russian gas, a monumental task that will take years to achieve.

A long list of energy projects has been drawn up with the initial focus on securing new gas supplies.

As these plans come to fruition, ground truth is needed for awareness. What’s the status of these individual projects – is construction ahead of schedule, or has it even begun yet? Could extended completion times indicate a risk of energy shortages?

Ursa Space can automatically identify the physical changes that occur at a specific location to detect and quantify changes to the physical landscape.

This solution utilizes synthetic aperture radar (SAR), a satellite-borne sensor that works in any weather, day or night, along with Ursa Space’s proprietary change detection algorithms.

We’ve demonstrated this capability before in different contexts, such as China’s property market, Russia’s anti-satellite missile test and Hurricane Ian.

In the case of Europe’s energy transformation, we examined the Baltic Pipe, a new natural gas pipeline connecting Norway with Poland and Denmark.

Construction on the Baltic Pipe began in 2018, though the idea of the pipeline dates back to the 1990s when Poland was concerned – as it still is today – about being overly dependent on Russian natural gas.

For the analysis, we applied the change detection algorithm on SAR imagery covering the construction of the pipeline as it crosses Denmark.

The results can be visualized in kernel density heat maps. The maps highlight higher values both as they cluster together, and also based on their measured area in square meters.

Brighter areas mean both clustering of change points and larger areas of change.

Below is a closer look at four sections of the new pipeline during construction:

Most of the additional natural gas that is needed to replace Russian supply will arrive in Europe as liquified natural gas (LNG) onboard massive vessels.

To receive and process extra LNG shipments, the EU and United Kingdom plan on expanding import capacity by 34% over the next three years.

The map below shows LNG import terminals located in EU member states, as well as plans for new projects and expansions of existing sites.

FSRUs are a type of specialized marine vessel that can store, transport, and regasify LNG for direct injection into natural gas pipelines.

There are plans for chartering more FSRUs across Europe, including in Germany, Greece, Finland, France, Ireland and Italy.

The completion of projects like LNG-receiving terminals, pipelines and FSRUs will help Europe achieve energy independence from Russia, though only if proper security is maintained over these vital assets.

The September 26 rupture of the Nord Stream pipelines, which investigators blame on sabotage after finding traces of explosives at the site, illustrates the type of scenario that security professionals are concerned about.

Pipelines or other damaged equipment will need to be repaired, adding more items to the long list of projects underway.