FAQ: What is remote sensing?

Remote sensing is the process of acquiring information about objects or areas from a distance.

In broad terms, as you read this sentence, you are performing a type of remote sensing. Your eyes collect visible light waves reflected by the dark and light shapes in front of you, and your brain analyzes this information, assigning letters, words and meanings to the patterns.

In a geospatial context, remote sensing is defined as the collection of information about the Earth using satellites, aircraft, or drones.

As far as remote sensors go, human eyes are quite limited. Of the entire electromagnetic spectrum, which includes radio waves, microwaves, infrared waves, UV rays, X-rays, and gamma rays, our eyes can only detect the portion that corresponds to visible light, or 0.0035% of the spectrum. Our eyes are also limited in how much detail they can perceive from a distance. Thanks to the human ability to innovate, we have technologies to overcome these constraints and dramatically expand our remote sensing capabilities.

Scientists have developed a variety of remote sensors. When mounted onto drones, aircraft and satellites, these sensors can detect, record and analyze different types of electromagnetic energy from the Earth’s surface, such as visible light, infrared, and microwave radiation. These energy waves contain valuable information about land, water, and man-made features of interest, as well as geometric structures and relative scale. The data are digitally transmitted from the satellite down to a ground receiving station on Earth, where they can be processed and used to inform all sorts of commercial, scientific, humanitarian, and military activities.

There are two main categories of sensors: passive and active. 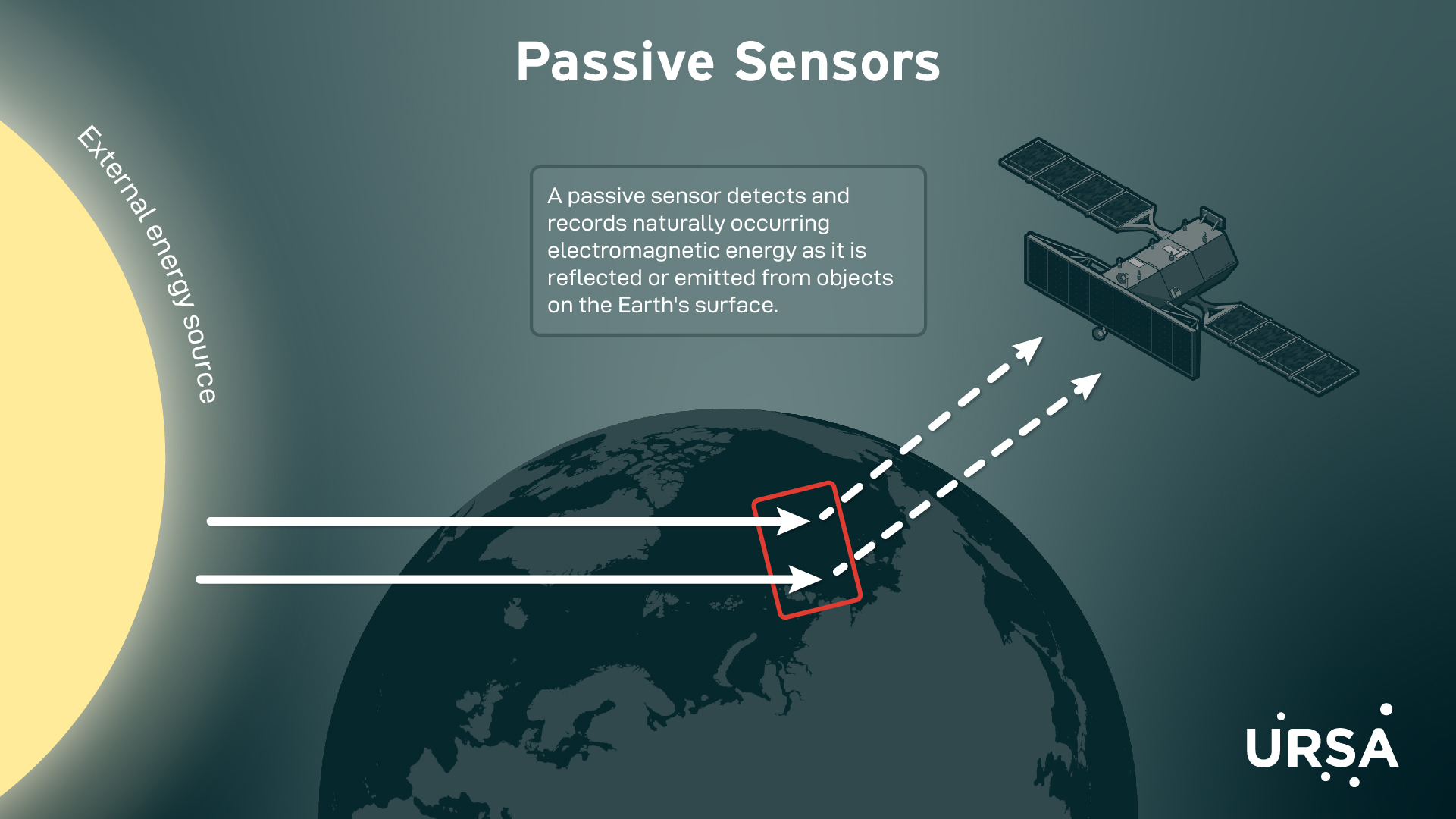 A passive sensor detects and records naturally occurring electromagnetic energy as it is reflected or emitted from objects on the Earth’s surface. Your eyes are passive sensors because they collect energy (visible wavelengths) generated by the sun or another external source. Optical cameras, including those mounted on satellites, are another example of passive sensors. 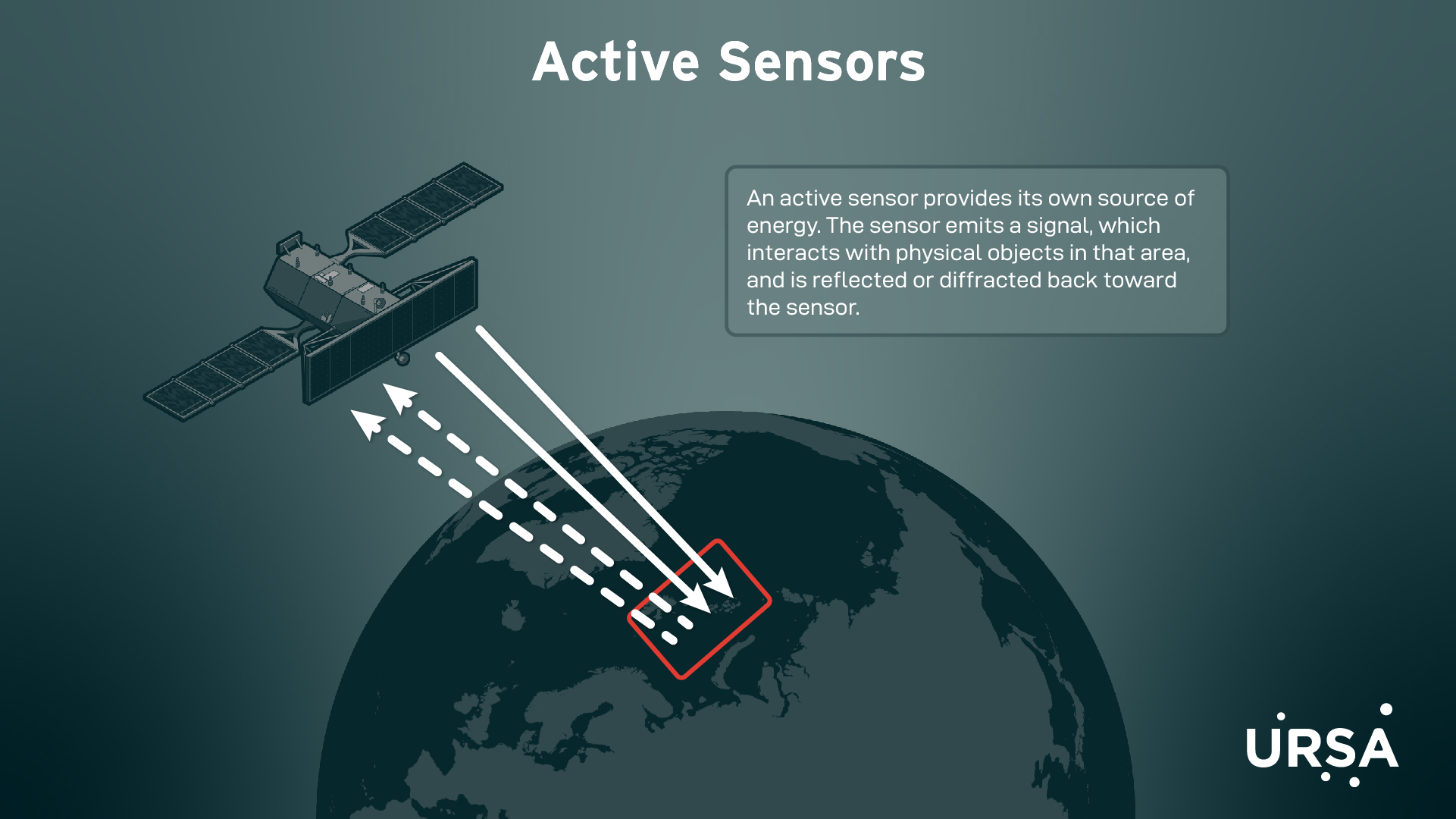 An active sensor provides its own source of energy. The sensor emits a signal, in the form of electromagnetic energy, toward an area of interest on the Earth’s surface. This signal interacts with physical objects in that area, and is reflected or diffracted back toward the sensor, which then records and measures the signal. The process is similar to how mammals such as bats and whales use echolocation to sense objects in their path.

Because an active sensor functions without the need for an external energy source, it can collect information in the dark or through clouds—something that most passive sensors cannot do. Synthetic aperture radar (SAR) is an example of an active radar sensor. 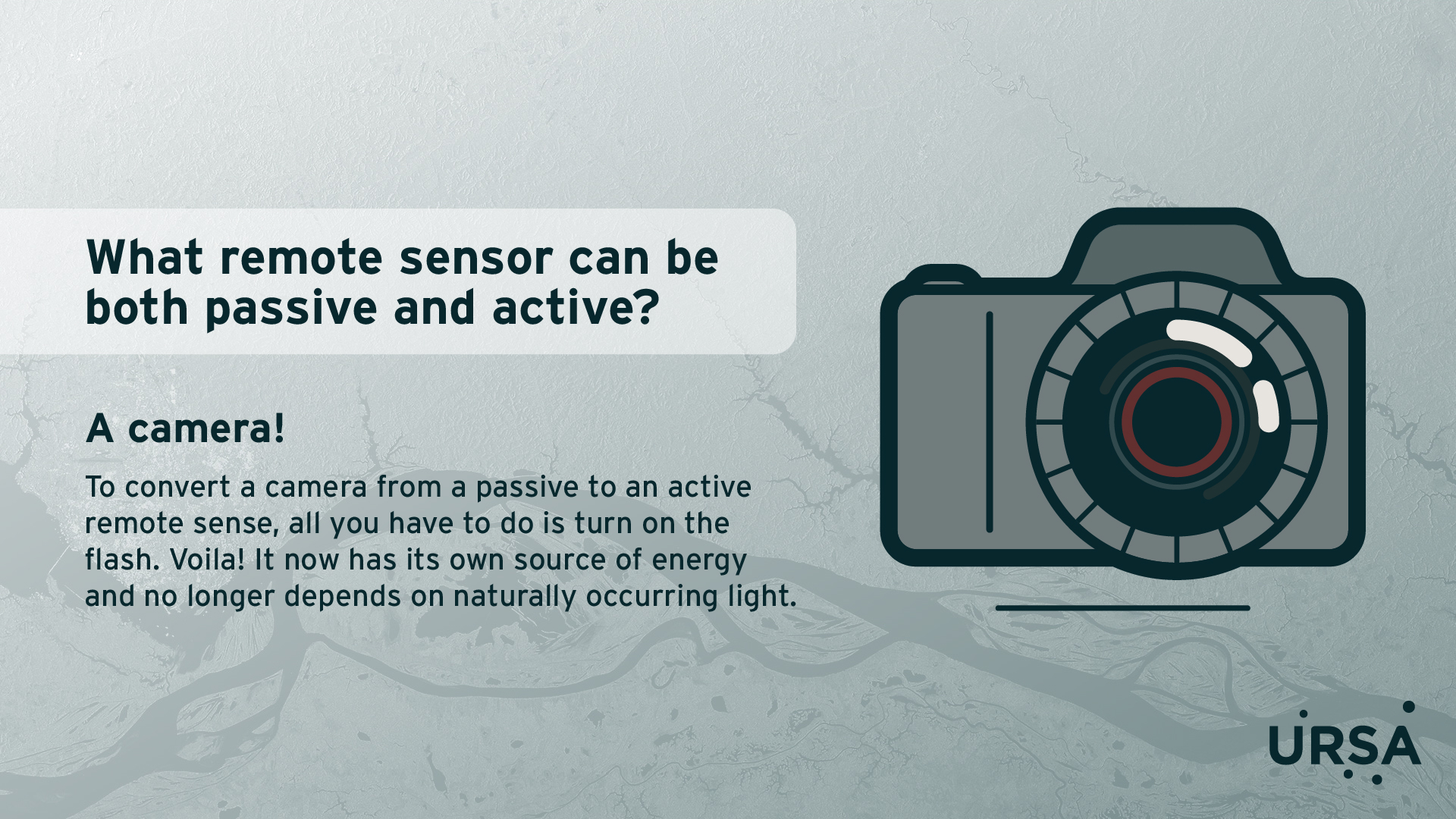 As scientists continue to innovate, advances are being made in these four important areas of remote sensing:

While our eyes can’t see with the acuity of a hawk or perceive as much of the electromagnetic spectrum as a butterfly or a mantis shrimp, we more than make up for these shortcomings. Using powerful remote sensors on satellites, people are now able to measure the Earth’s land and sea surface temperature and topography, vegetation patterns, precipitation, wind, soil moisture, and more.

We can use these data to map agricultural crops, forest fires, flooding, sea ice, oceans, oil spills, or any area of land. Multiple data collections also allow us to monitor changes to the Earth’s Surface over time (weeks, years, decades) and better understand patterns of life within ecosystems.

We’ve come a long way from the mid-1800s, when the first aerial photos of the Earth’s surface were taken from a hot air balloon. Hundreds of years later, space is the limit!

OLDER POSTSAR Use Cases from A to Z
What you missed: GEOINT Community Forum