The plunge in the Turkish lira has unnerved global investors, raised the cost of living for millions of ordinary citizens, and tested President Recep Erdogan’s ability to survive politically.

After years of heavy borrowing, Turkey’s economy faces a moment of reckoning as dollar-denominated debts come due. Traders have dumped the lira fearing the worst.

The lira’s freefall – down some 40% against the dollar this year — has been particularly painful for energy consumers because Turkey imports more than 90% of its liquid fuels.

The costs for oil and gas have soared in local currency terms and siphoned precious dollars from foreign currency reserves.

Turkey lacks significant resources of its own, but proximity to major suppliers allows for access to imports. It also creates opportunities to serve as a transit hub. 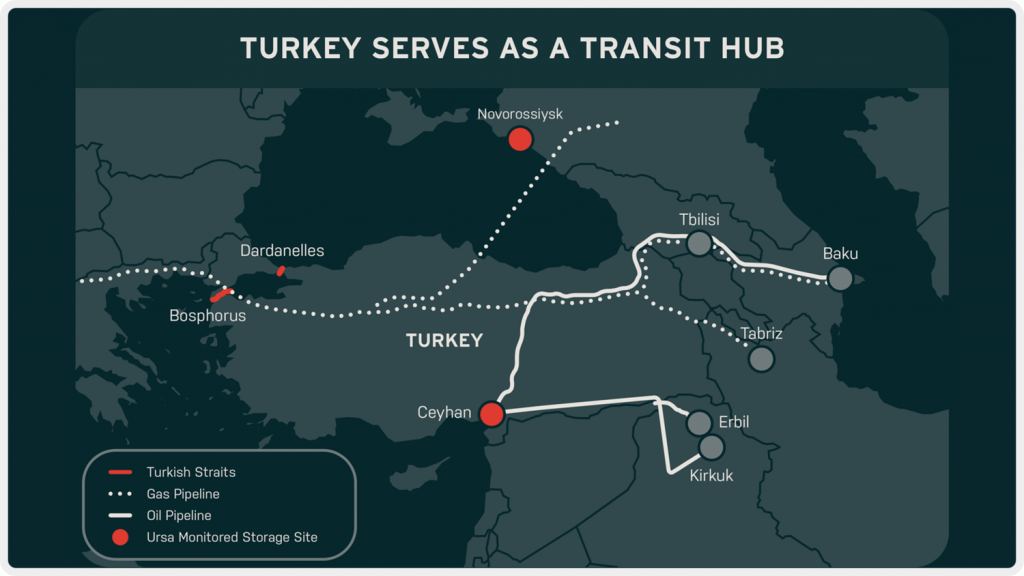 Being an export outlet gives Turkey some leverage in regional affairs. In September 2017, President Erdogan threatened to “close the valves” if Iraqi Kurds voted for independence in a referendum.

Amid an economic crisis, however, it’s fair to ask whether the tables have turned. Can Turkey really afford to forego dollars it collects in transit fees?

Even though Iraqi Kurds overwhelmingly approved the independence referendum, oil continued to flow by pipeline from northern Iraq to the Turkish port of Ceyhan, as Turkey failed to make good on its earlier threat.

Ankara may be opposed to Kurdish independence, but Turkey also maintains strong commercial ties with the Kurdish Regional Government based in Erbil.

The KRG completed an oil pipeline in 2013 connecting oilfields near Erbil to Faysh Khabur on the Iraqi side of the Turkish border. At Faysh Khabur, the pipeline connects with another line that extends 440 miles to Ceyhan.

This meant oil could still reach Ceyhan after 2014 when Islamic State militants swept through northern Iraq and damaged a separate pipeline from Kirkuk to Faysh Khabur. The Kirkuk-Faysh Khabur segment remains out of service.

When Peshmerga fighters drove Islamic State from the area, the KRG took control of Kirkuk oil fields previously under the direction of the federal government and included them in exports bound for Ceyhan.

The dispute between Baghdad and Erbil over these oilfields boiled over when the independence referendum included Kirkuk, a multi-ethnic city.

After the “yes” vote won, the Iraqi Army moved into northern Iraq and quickly seized the Kirkuk oil fields preventing that supply from entering the Kurdish pipeline.

That’s not the only source of oil feeding Ceyhan because another pipeline begins on the shores of the Caspian Sea called the Baku-Tbilisi-Ceyhan pipeline.

Still, the reduced flows were noticeable right away. Oil inventories in Ceyhan plunged by nearly half over a 15-day period. 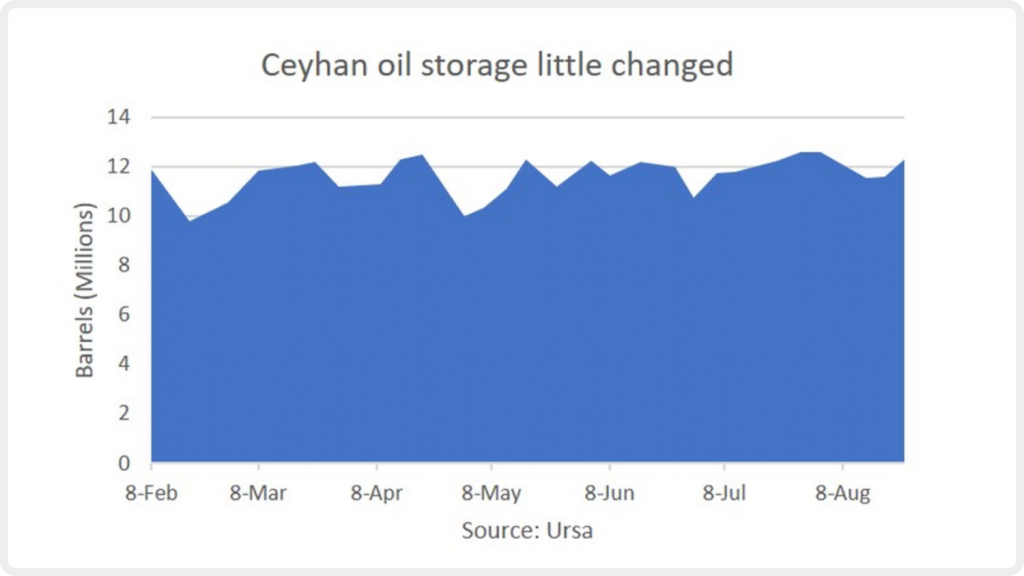 There are efforts underway in Ankara, Erbil and Baghdad to reach an agreement that would allow for exports from the Kirkuk region to resume.

All sides stand to benefit, but it would seem Turkey especially needs to strike a deal. Every dollar is needed.