How SAR can help utilities, insurers respond to storms 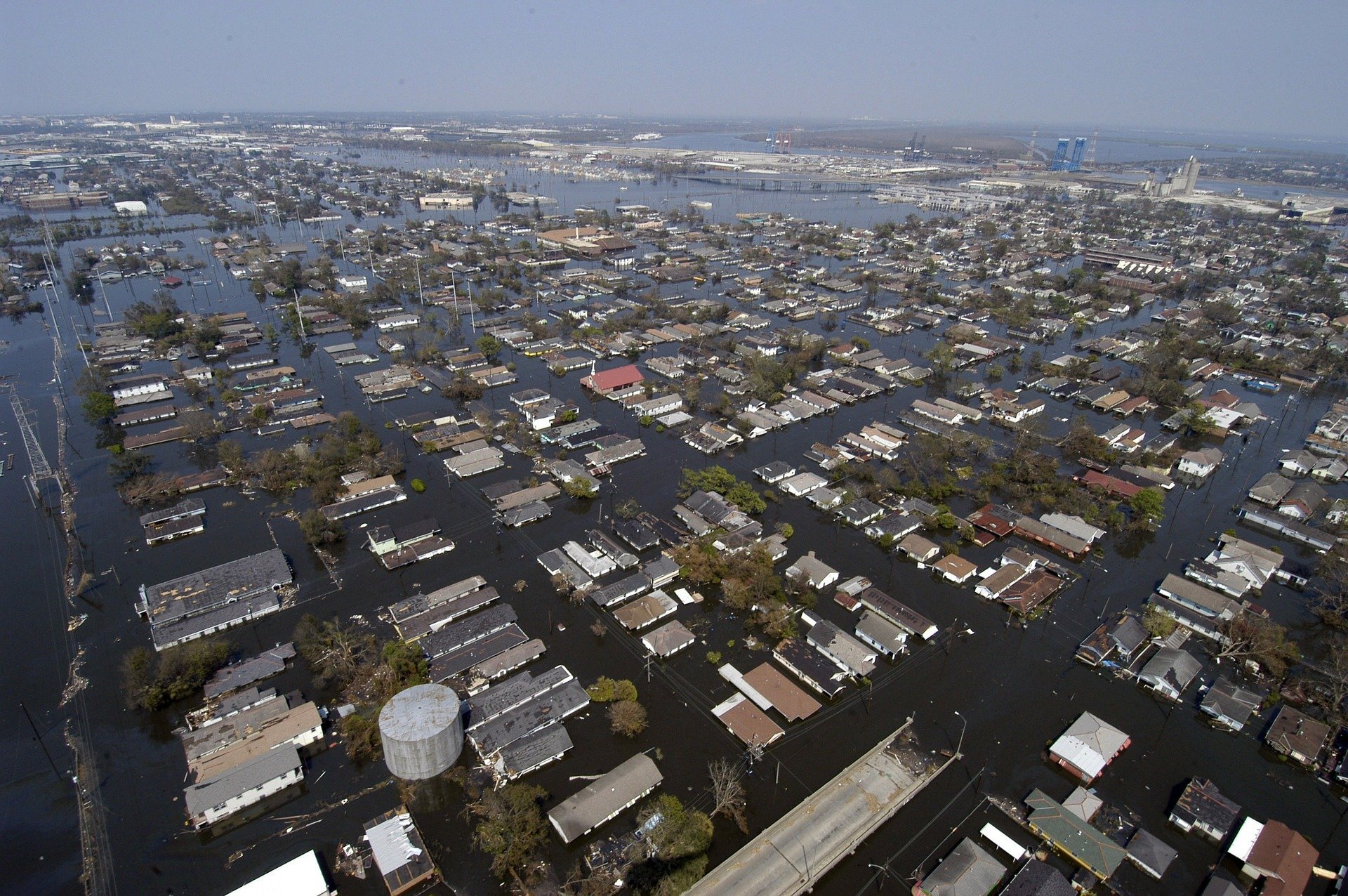 Satellite data analytics are providing electric utilities and insurance companies with innovative solutions to respond faster and more efficiently to major storms that cause serious damage to property and infrastructure.

Utility crews have to restore power to areas where electricity was lost. Insurers have to examine buildings and homes to assess the amount of damage. In both cases, speed is critical. Getting to the scene as fast as possible is essential to providing good service for utilities and insurance companies. But doing so also entails a lot of manpower, and labor costs can add up.

Part of the issue is geography. The size of the coverage area for a utility or insurer can be massive, making storm response logistics complicated.

There is a need for timely, actionable information on the hardest hit areas so that personnel can be efficiently deployed.

This is where satellite technology can help, specifically synthetic aperture radar (SAR), which offers unique advantages relative to other remote sensing technologies. SAR’s benefits include:

You’re probably now wondering, how can someone begin to take advantage of these benefits?

Working with SAR imagery as an end user isn’t straightforward for two reasons: access and expertise. You need to know how to get the imagery and what to do with it.

That’s where we enter the picture. At Ursa Space, we’ve created the world’s largest network of commercial SAR satellites, which we leverage to process SAR data that is turned into analytic outputs used to solve a range of problems, like the one being discussed here involving storm damage response.

Let’s look at the example of Hurricane Irma (September 2017), one of the strongest hurricanes on record in the Atlantic Basin. The storm made a total of seven landfalls between the Caribbean Islands, Florida Keys and southwestern Florida.

Irma ranked as the fifth costliest hurricane in US history, totaling $50 billion in damage, making it a nightmare for insurers. The situation wasn’t any better for utilities. In Florida, almost two-thirds of the state’s customers (6.7 million homes) were without electricity.

Given the storm’s breadth, pinpointing the exact location of significant change on the ground can help focus response efforts. Using SAR, we detected changes in water surface coverage over land to identify flooded areas in Florida. The map below zooms in around St. Petersburg on the Gulf Coast. 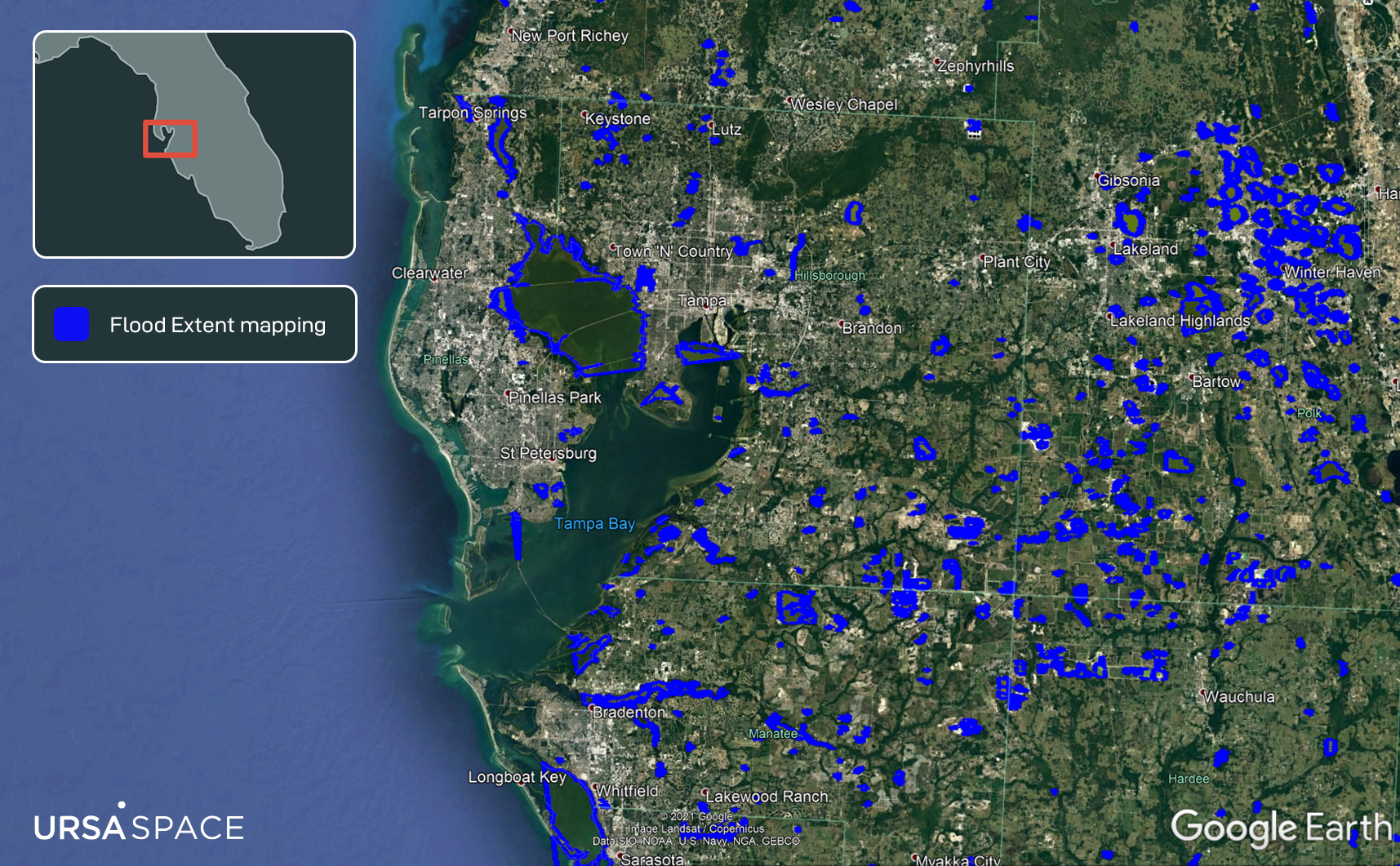 Irma was the first major hurricane to hit Florida since Wilma in 2005.

The two storms were similar in strength, though Wilma knocked out power to fewer people (36% of customers). That might sound like the state’s electricity infrastructure worsened in the intervening years, but the opposite was true.

Florida utilities invested heavily in system upgrades since 2005, improving their hurricane preparedness. That was evident when emergency crews were able to restore power to customers much faster in 2017 than a dozen years prior.

What’s surprising is that even after spending billions of dollars on grid hardening, Hurricane Irma still cost utilities a lot of money.

Utilities across the country are trying to cut down restoration times, while still reducing operating costs. And insurance companies want to respond faster to catastrophic events, improve risk management, modelling and risk mitigation.

At the time of these events, business managers were generally aware how satellite imagery could be used for these purposes, but didn’t necessarily embrace the technology whole-heartedly. What’s different now?

One of the main sticking points was revisit times that fell short of market needs. The circumstances mandated more frequent imagery than suppliers could provide, but that’s no longer the case.

The commercial SAR satellite industry is undergoing an unprecedented period of growth, as described above.

The bigger point worth emphasizing here is that SAR doesn’t have to be the only technology a customer utilized. In fact, a better solution might entail picking and choosing a few options to create an optimal package. Working with Ursa Space, we can help by customizing a solution that fuses multiple data sources.

As an example, SAR could provide an initial detection of the most severely damaged areas, supplemented with aerial imagery, as soon as the weather conditions allow for helicopters or drones.

That combination would be more cost effective and faster than trying to cover an entire area with only a flyover or ground observation. SAR analytics could be delivered 24-48 hours earlier than the time at which field crews are first dispatched to drive around looking for equipment that needs to be fixed.