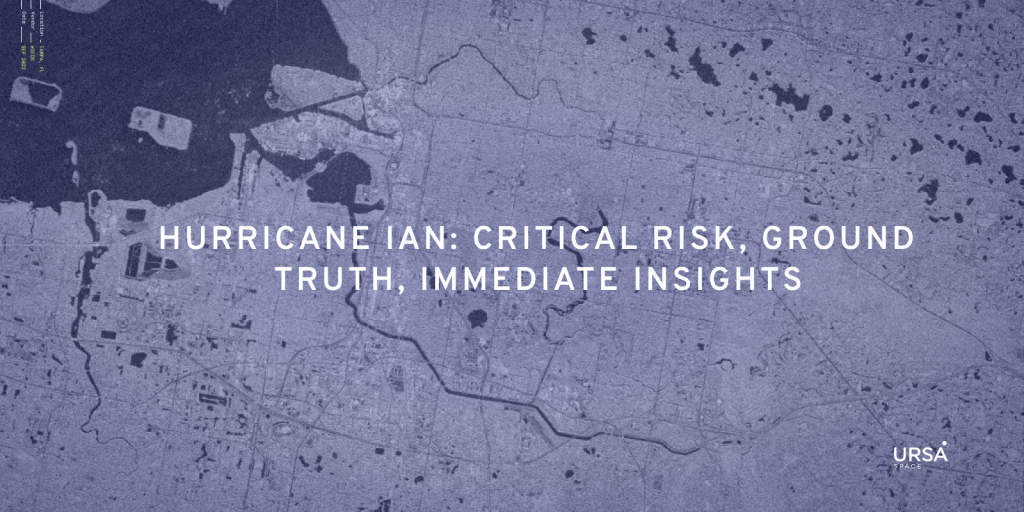 Between September 27-30, 2022, Hurricane Ian made landfall on three separate occasions: first afflicting Cuba, then north to Florida, and rounding its ending in South Carolina. In Florida, storm surges ranged between 12 to 18 feet, amassing insured losses exceeding $60 billion. Millions were placed under evacuation order and 25% of the state was left without electricity.

Within 48 hours of landfall, Ursa Space released an open access dashboard, allowing the public to see specific places in which flooding and damage occurred.

For emergency responders, obtaining information from the ground during a hurricane is simply too dangerous, and requires too much area to cover on foot. A safer solution leverages synthetic aperture radar (SAR) imagery, a satellite-borne sensor that works in any weather conditions, day or night.

In fueling disaster response efforts, Ursa Space’s virtual constellation enables a broad reach of imagery, which can be turned into actionable insights. Ursa’s analysis is based on SAR, optical, and open-source utility locations collected over parts of Florida where Hurricane Ian made landfall at a Category 4 strength.

In the days leading up to the storm, Ursa’s internal team of scientists begin tracking the storm path and making predictions as to where it will land. This information is invaluable in planning SAR imagery tasking, a process that can take vendors up to 24 hours to deliver upon receiving the tasking request.

Storm surge predictions don’t include wind and wave surge. In Fort Myers, FL, storm surge was predicted at 18 feet during the peak of the storm – a number impossible to measure due to dangerous conditions on the ground, but archivally available through SAR imagery, whose pixels carry elevation measurement.

In the open-access dashboard below, Ursa’s AI-driven change detection algorithms demonstrate flooding extents, highest intensity locations of the storm, and potential infrastructure damage by means of change detection visualization. In utilizing sensor technology such as AIS from vendors in Ursa’s virtual constellation, Ursa can judge whether transponders are still working in local ports, or if the area has lost power entirely. 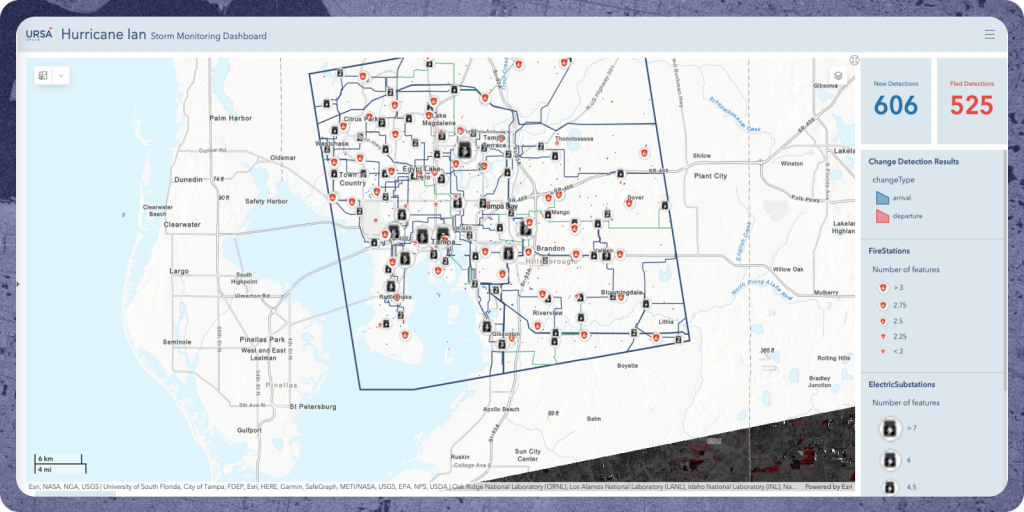 Oftentimes, line crews arrive from out of state to assist with recovery efforts. These line crews are likely unfamiliar with the area, and left to patrol power lines from the ground to find outages. Change detection analytics, seen here, steer these crews directly and efficiently to a down power line, allowing crews to restore power quicker.

SAR-based change detection can provide immediate insight into afflicted assets in the impacted area. Flood analytics show the extent of the potential damage by comparing one image taken before landfall against an image taken post-storm. Two-color multi-view, a change detection analytic, can assist with building and infrastructure damage if focused on commercial buildings. View our open-access dashboard to see these analytics in action. 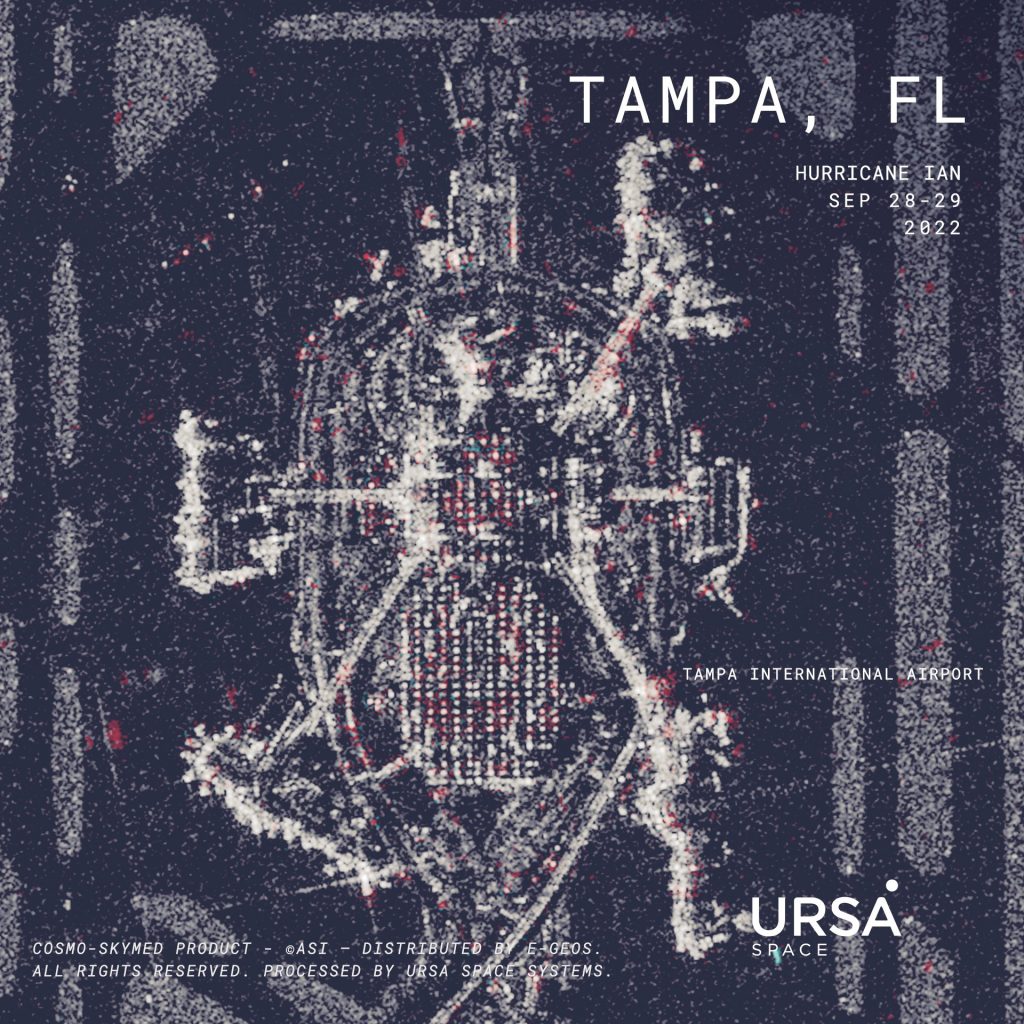 Two-color Multi-view Analytic of Tampa International Airport. Red hue denotes items (likely vehicles) that were moved between the day before the storm and the day after. A lack of cyan visualization detections tells us that this area did not experience significant flooding.

The severity and danger of Hurricane events cannot be understated. Local residents, businesses, emergency responders, and disaster relief teams depend on reliable, up-to-date information without having to put themselves in harm’s way. Incorporating satellite imagery and analytics into disaster relief is a proven efficiency in understanding and navigating hazardous conditions while protecting humans on the ground.