According to many sources, Iran’s oil exports are falling to a two-year low this month, including this article, which notes that this is actually the third month in a row in which exports have fallen below levels from the previous year.

However, despite all the news regarding falling OPEC exports and production cuts, measurements by Ursa of key crude storage locations in Iran have actually gone up by almost 5 million barrels in the last several months: 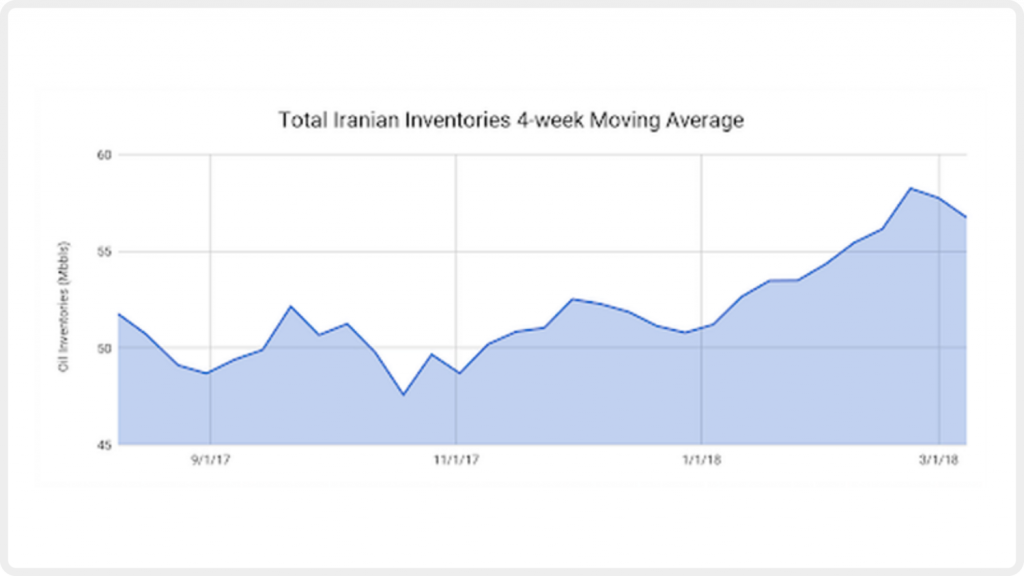 More specifically, Kharg Island (Iran’s largest terminal), has seen an increase of more than 3 million barrels of crude inventory in the past seven months, and most of that increase has come from the last few months right when OPEC’s exports have been decreasing drastically: 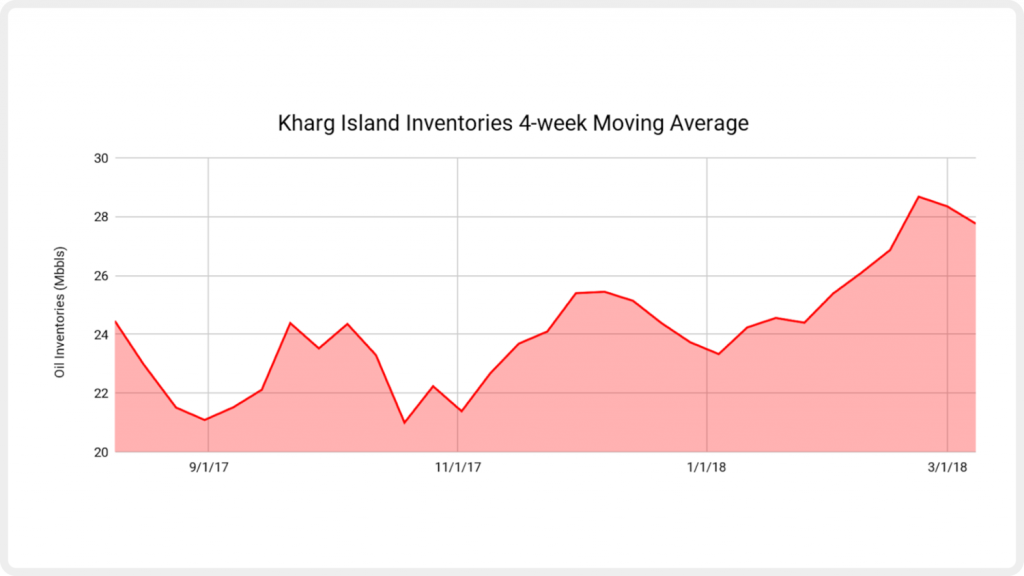