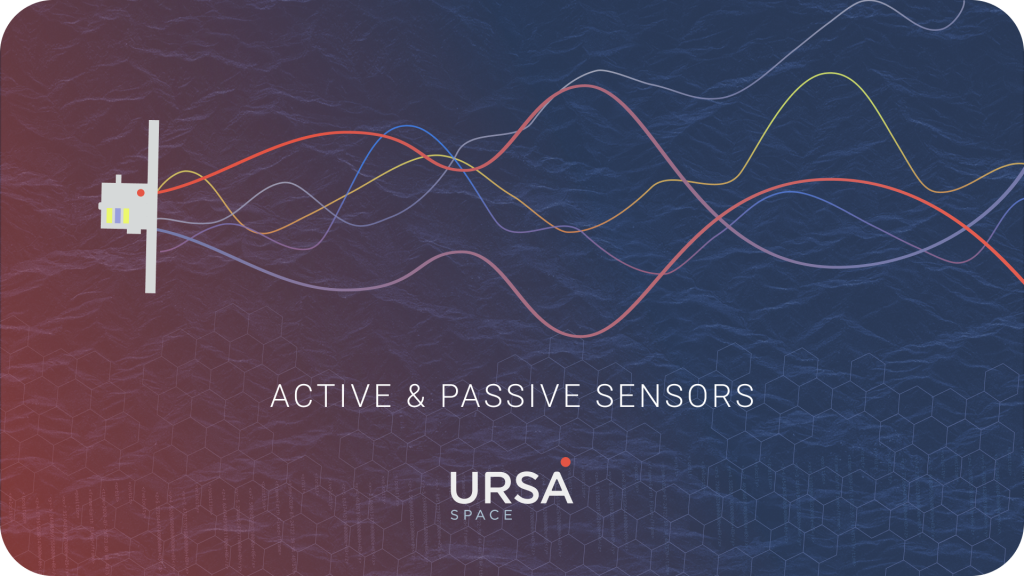 Synthetic Aperture Radar (SAR) is the foundation of Ursa Space Systems’ analytic capabilities. This sensing mode boasts numerous advantages – seeing through cloud cover, or dark of night, and tracking minute topographical changes over a broad area. These are areas where optical imaging sadly falls short, and when critical decisions are on the line – it’s necessary to have a reliable source of ground truth.

But what exactly is SAR and how does it work? At its core, SAR is an active sensor that uses microwave energy to gather data outside of the visible portion of the electromagnetic spectrum. That’s a lot of jargon, so let’s break it down. 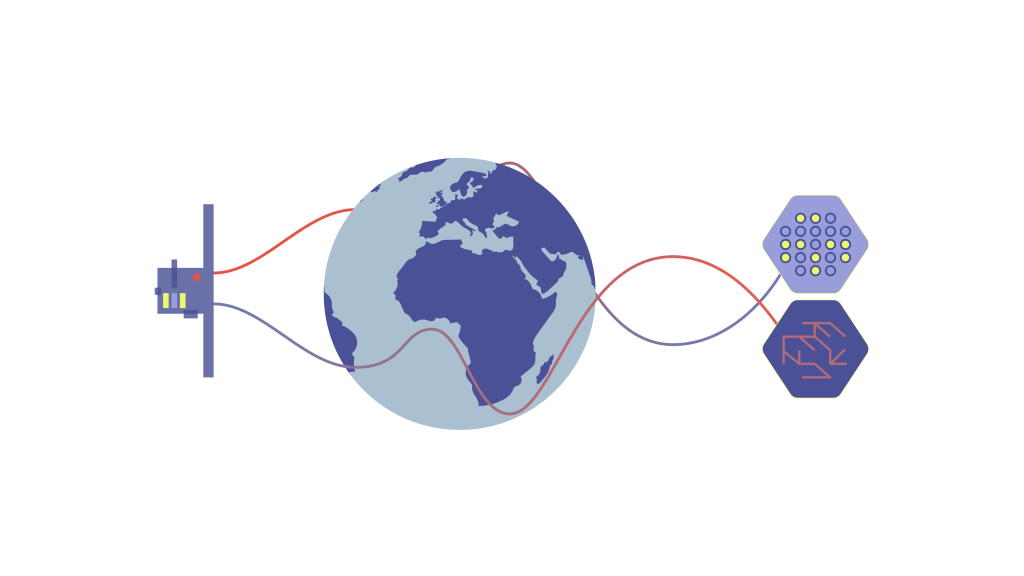 What is a sensor?

To start, let’s take SAR out of the equation and consider a sensor that may be more familiar – a camera. Broadly, a sensor is any device that detects changes in physical phenomenon. In a camera’s case, the phenomenon is the visible light existing in the environment. They “sense” visible light from the environment and use that to create an image. 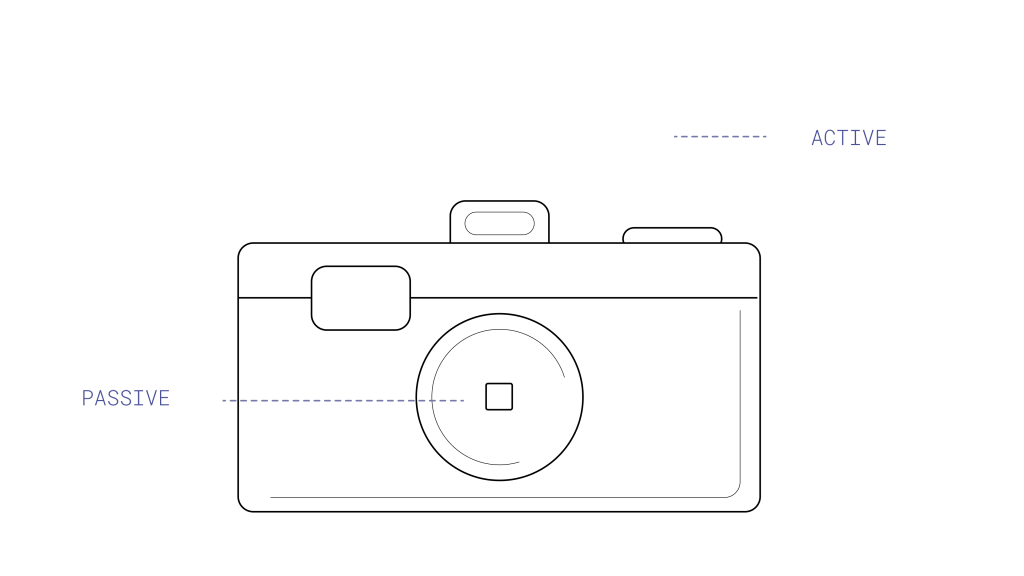 Sensors used in cameras are considered passive, meaning they collect information from the environment without interfering with it. In a camera’s case, the sensor requires light from an outside source in order to create their image. This, again, is where optical satellites struggle to capture imagery at night or through cloud coverage.

However, if someone wants to take photographs in a dark area, where there’s no light around, they would need to make modifications to their camera, i.e add a flash. A flash emits light from a camera to allow its sensor to gather the data needed to capture an image. This has changed the sensor from passive to active.

An active sensor means the sensor has collected information from the environment after providing some stimulant (the flash). The flash of a camera will provide a stimulus to the environment in the form of emitted light. The camera no longer relies on the light already within the environment, it provides its own condition which allows it to gather information where it would otherwise be inaccessible. 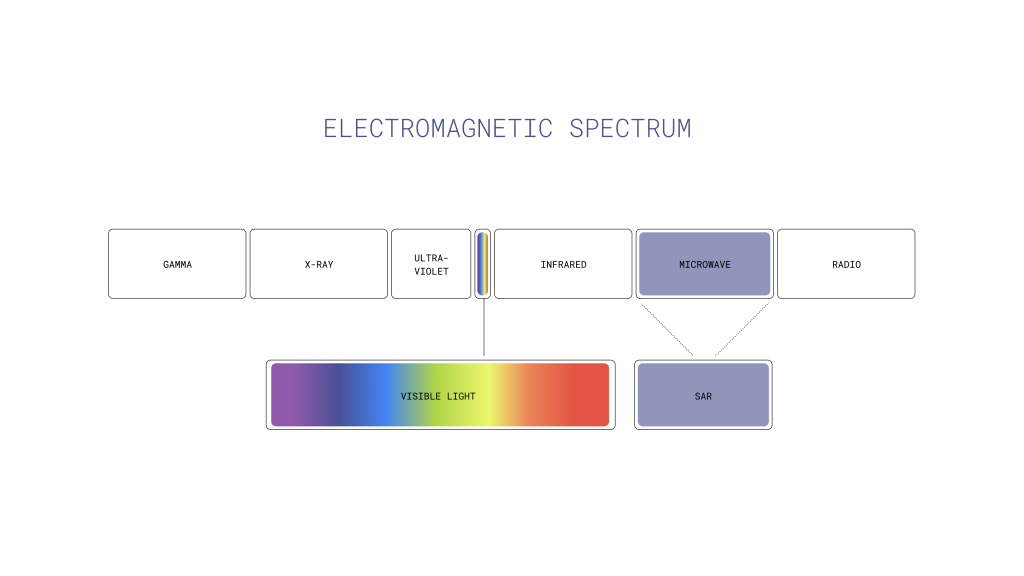 The Electromagnetic Spectrum is the range all visible and non-visible energy, including the light on the visible spectrum

Cameras gather information collected from visible light, a type of energy on the electromagnetic spectrum. However, there are other types of energy that exist outside of the visible spectrum on both ends.

Synthetic Aperture Radar (SAR) is an active sensor that emits microwave energy to gather data outside of the visible spectrum. The beam from the satellite sensor interacts with the earth’s surface and reflects back to the sensor.

Because SAR provides its own illumination, it isn’t dependent on ambient light, and is not limited by things like cloud cover. You can think of SAR as a camera in a dark area using microwave data as its “flash” to gather information beyond the visible spectrum.

The result is an interpretation of that data, which has been manipulated in order to get more information than you could with visible spectrum imagery alone. We can use our SAR data to gain information on landscape elevation, material makeup, and much more.

Additional SAR Resources:
The Origins Of SAR
FAQ: What Is SAR?
Story Map: How We Use SAR