The three Texas A&M graduates were introduced to the crowd of 104,794 people at Kyle Field in College Station who were probably more interested in other things (Clemson won, 28-26).

For the oil market, the scene has gone from a source of amusement to intrigue.

The visit to Texas was the first in a series of bilateral meetings that took place in September involving Perry, al Falih and Russian counterpart Alexander Novak.

Turns out, sports weren’t the only things being discussed.

Reuters reported October 3 that Saudi Arabia and Russia agreed secretly to raise output and informed the United States before the September 23 meeting of OPEC members and other producers.

The Saudis and Russians reportedly tried but failed to convince the OPEC+ coalition to raise output by 500,000 barrels per day during the meeting in Algiers in late September.

Saudi Arabia still aims to increase production by 200,000 to 300,000 bpd between September and the end of the year. August production was 10.4 million bpd.

The White House has turned up the heat on Riyadh to do something to relieve pressure on oil prices ahead of midterm elections.

The loss of Iranian exports due to US sanctions effective November 4 has raised doubt whether other producers will be able to make up the difference.

Is there enough spare capacity?

Saudi Arabia claims it can pump about 12 million bpd. Aramco is completing investment projects at the Khurais and Manifa oil fields by the end of the fourth quarter which should help maintain spare capacity. 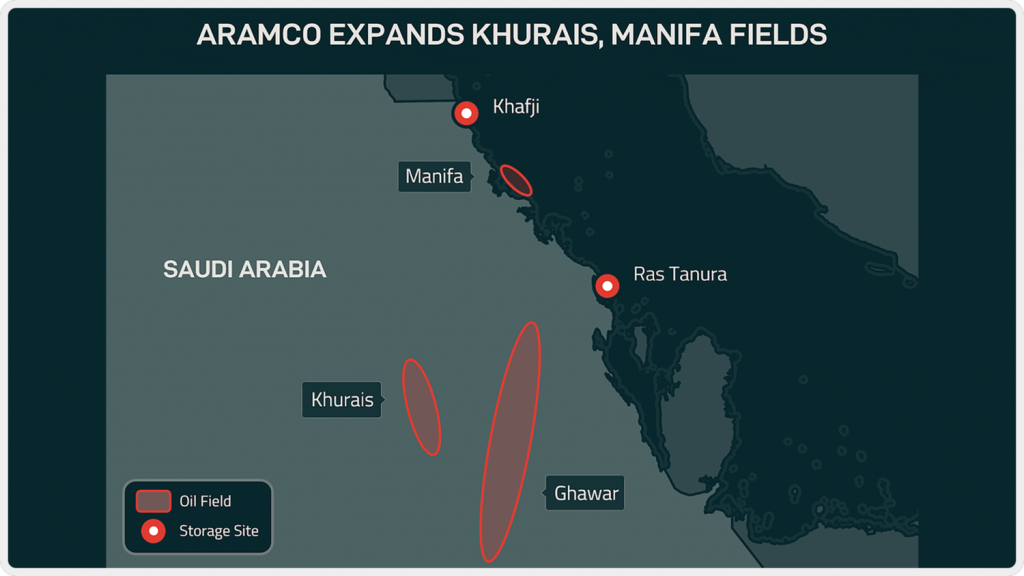 There is also the potential for production to resume from the Neutral Zone (500,000 bpd) which has been shut for almost two years because of a dispute between Kuwait and Saudi Arabia. The Neutral Zone isn’t counted in the 12 million bpd capacity figure.

The market will scrutinize Saudi Arabia’s ability to transform spare capacity into actual supply. How quickly can Aramco pump more oil? By how much? And for how long?

Any signs of struggle will be greeted by traders as bullish news.

Another means of replenishing supply is selling barrels from storage.

At Ursa, we use synthetic aperture radar (SAR) to monitor oil storage at 150 sites around the world, including Rotterdam, Sidi Kirir and Uruma (Okinawa).

Total stocks at those locations shows stocks have fallen in September, raising the question of whether Aramco has already begun to tap those reserves. 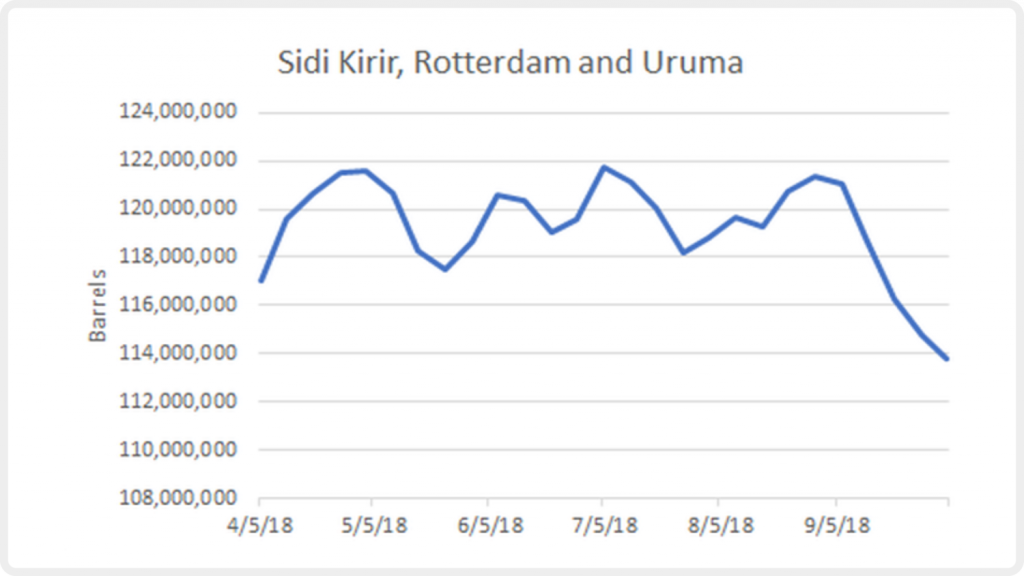 That’s not a long-term solution, however. The same goes for pulling barrels from storage held domestically in Saudi Arabia and other Arab Gulf countries. This map shows the sites across the Gulf we monitor:

Market sentiment is presently one-sided with traders brushing aside bearish news in favor of the supply-crunch narrative.

Consider the market reaction on October 3 when the Reuters story broke and the Energy Information Administration weekly inventory report showed a build of 8 million barrels in total US crude storage.

In this environment, a downturn is just a buying opportunity.