Teapots make up about 20 percent of all Chinese crude oil imports and currently face diminishing margins on refined products. Operation costs are higher for small privately-owned terminals than their government-run competitors. Teapots stay afloat by purchasing inexpensive crude from southeast Asia and other local exporting nations to keep profits high.

Chinese Teapots Forced to Cut Runs Prior to Summit

Chinese government officials have ordered five teapots in the Shandong region to cut crude oil import runs prior to a summit that was held June 9th. Cuts were ordered to be around 30 to 50 percent of each terminal’s operational capacity. The teapots were ordered to reduce product production to reduce air pollution in the area to appeal to officials that would be attending the summit. The proposed cuts removed around 45,000 barrels per day from the market. These cuts to runs are a big hit to small teapots that need to operate at high crude consumption rates with high margins to stay alive.

Consumption Tax for Diesel and Gasoline

A new consumption tax has been implemented in China. The tax is thought to be targeted at teapots to cut their margins even farther and free business up for state-run terminals. The tax is $38 per barrel of gasoline and $29 per barrel of diesel to be absorbed by producers. These taxes are already showing their effect in the Shandong region. Many teapots have closed operations and instead will make alterations and conduct maintenance instead of absorbing the new tax. In the past, taxes on teapots have caused separate terminals to combine to keep the lights on. The number of teapots in China has drastically decreased over the years and are seemingly being forced out of the market slowly.

The Effect on Crude Demand

Ursa has taken the opportunity to look closer at teapots in China following the restrictions and taxes recently placed against them. We heavily expected to see inventories in Shandong to be rapidly decreasing following the cuts in import runs late in May. We teamed up with ClipperData to study the effects on imports and inventory following the implementations of the consumption tax on oil products. 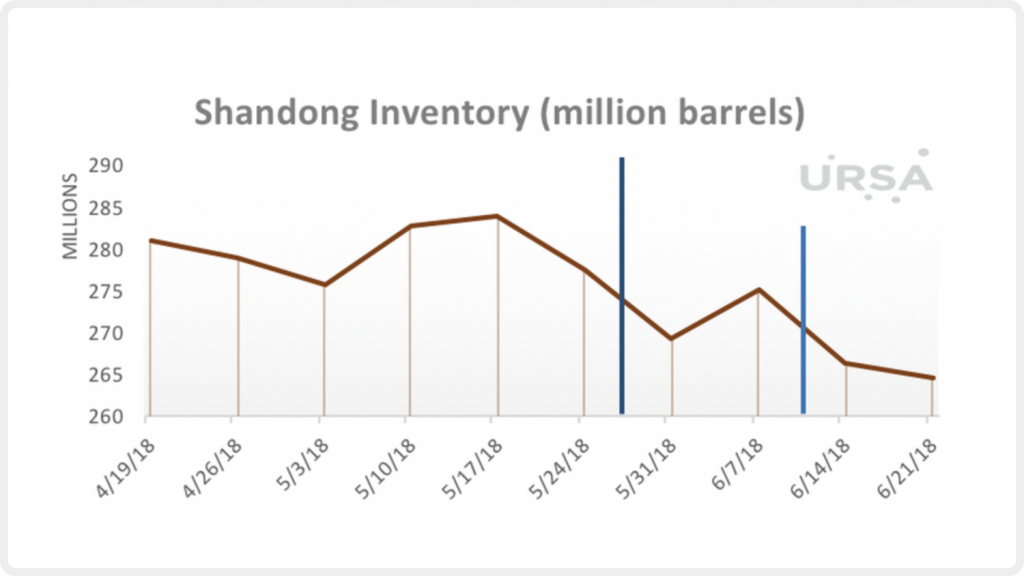 In the charts seen here, we demonstrate total Shandong region inventories, a region that contains a high number of teapots, Qingdao and Weifang inventories, two of the largest terminals that dictate the movement of teapot inventories and import data in the Shandong region from ClipperData LLC. In the charts are two vertical lines. These lines represent when the independent refineries were ordered to cut import runs and the implementation of the consumption tax. 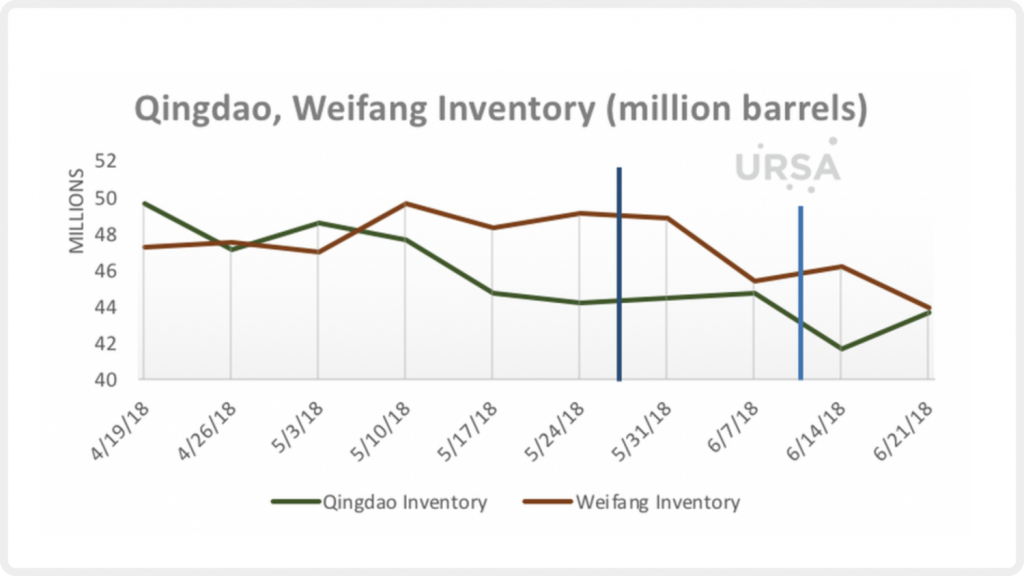 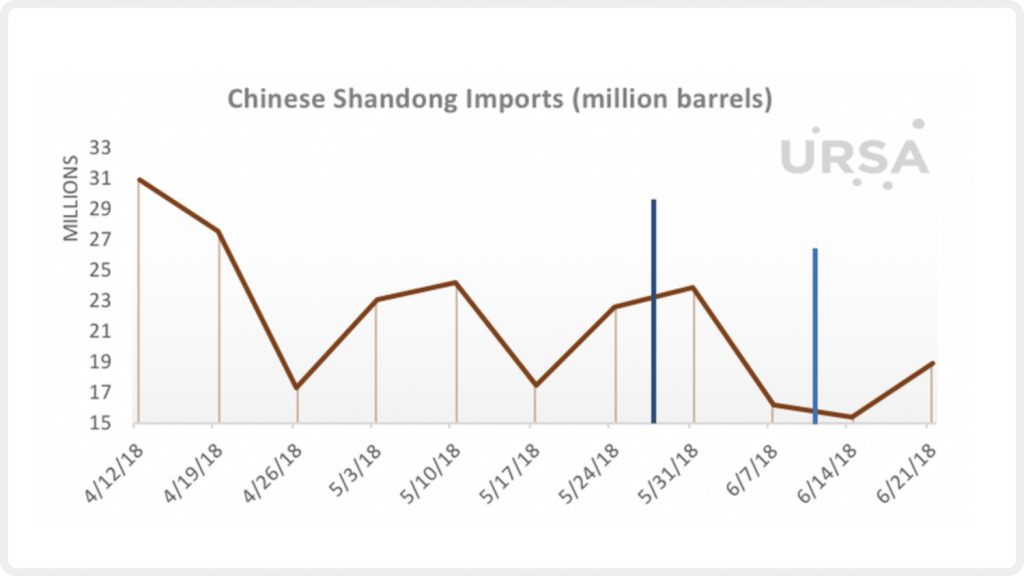 As we can see, we are noticing that at both dates inventories and imports are decreasing. Using Ursa and ClipperData LLC data we can infer that major changes are happening in refined product production and refinery intake in the Shandong province. 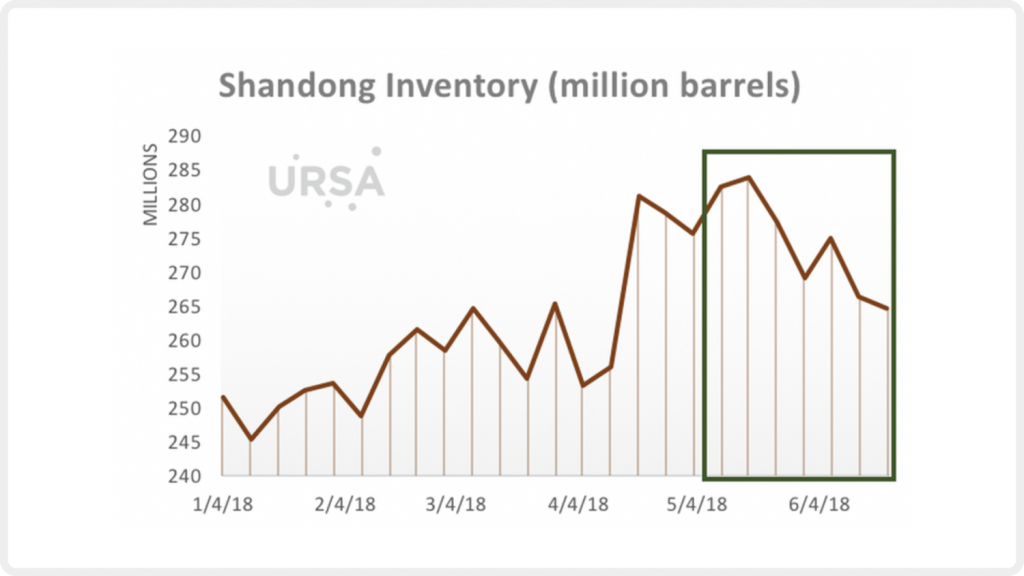