The world’s biggest traffic jam has begun to ease, but tallying the full cost of the weeklong closure of the Suez Canal has only begun.

Global supply chains will take weeks, if not longer, to return to normal after more than 400 vessels carrying billions of dollars worth of freight were stranded as they waited for salvage crews to dislodge the grounded Ever Given container ship.

Two of the industries impacted by the event will be the oil market and automobile manufacturing, both of which rely on the Suez Canal as a key passageway linking Europe to Asia.

In this blog, we discuss the likely scenarios based on proprietary datasets created by Ursa Space that are derived from radar satellite imagery.

A major shipping route in the oil market connects Middle East producers with European consumers via the Suez Canal.

At least 35 crude tankers, carrying approximately 26 million barrels, were among those waiting in line on March 29, the day the Ever Given was finally freed. 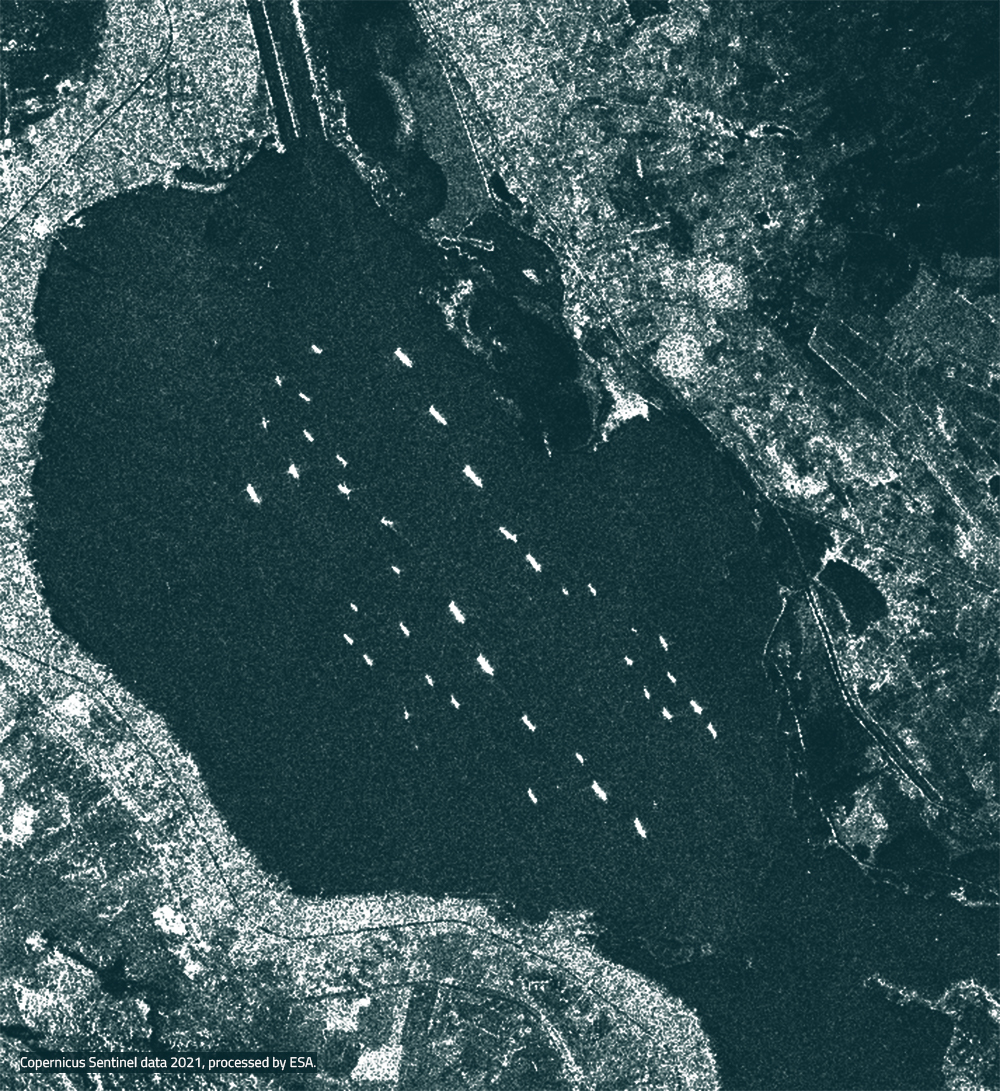 Ships were also rerouted around the Cape of Good Hope to avoid the Suez Canal, a journey that adds 15-20 days to the Middle East-Northwest Europe route.

The delays in tankers reaching their destinations means European refiners will probably have to draw down oil inventories to make up for the unexpected shortfall.

The critical question then becomes how many barrels are left in storage? At some point, if inventories fall too low, European refineries would have to slash runs, which then reduces supplies of jet fuel, diesel, etc.

Another consideration is regional oil price spreads, which are expected to adjust as needed to lure more supply toward European ports, helping offset inventory draws.

Doing so would be necessary to attract more supply toward Europe, as long as the price compensates traders for the associated shipping costs. Extra barrels might come from the US or West Africa, for example.

Crude inventory data is the critical piece of information necessary to understand and forecast the complicated market rebalancing act. However, with the exception of the United States, oil inventory data from public sources is delayed and seen as unreliable.

To fill this void, Ursa Space measures more than 20,000 storage tanks every week, spread across 971 locations in 123 countries representing more than 6.6 billion barrels of total capacity. For more information on how we do this, check out this previous blog. 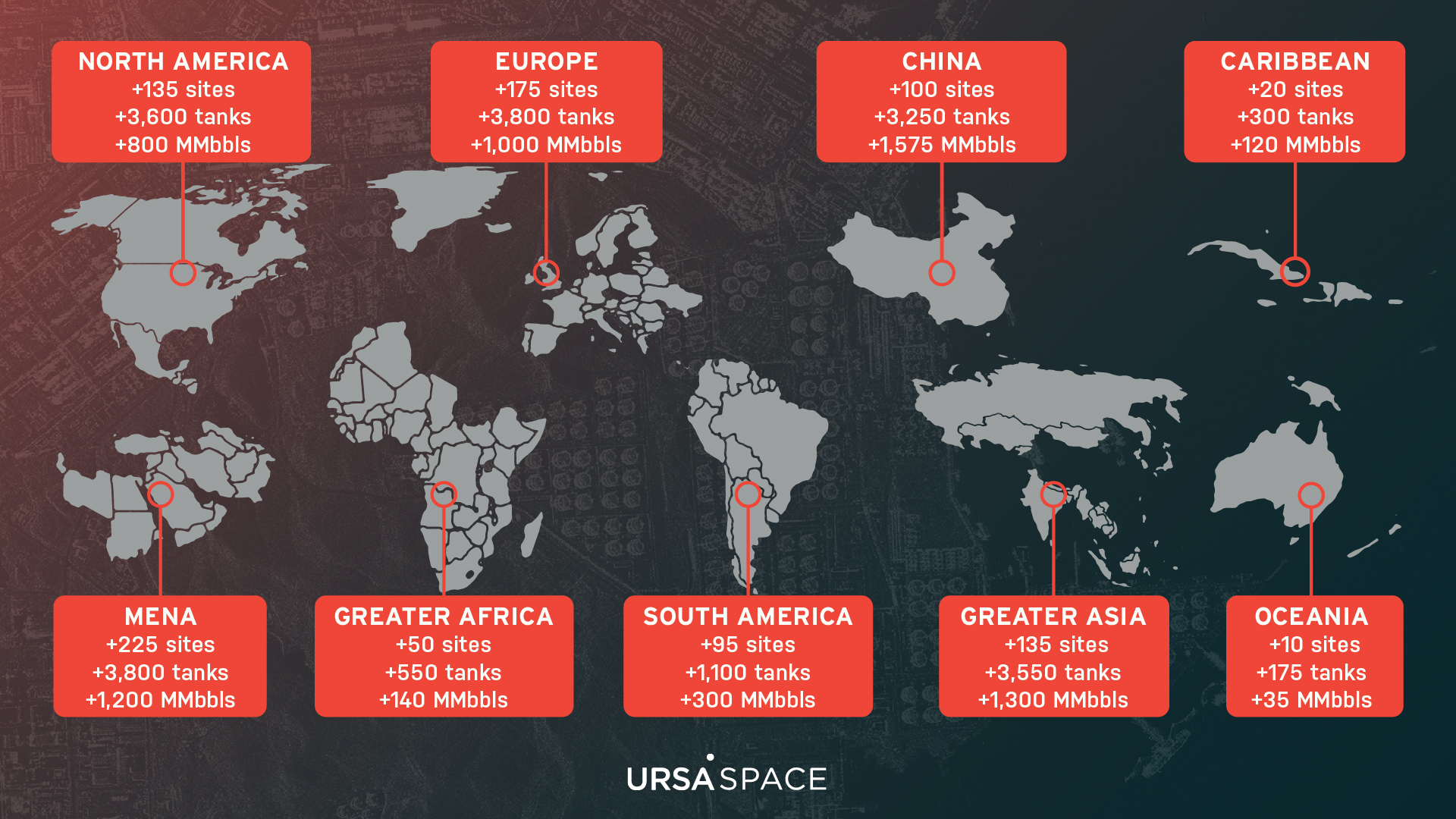 The Suez Canal plays a similar role in the auto industry, facilitating the movement of raw materials, parts and finished vehicles between Asia and Europe.

The effects of the canal’s closure on this industry could spread beyond Asia and Europe because car makers rely on a highly interconnected global supply chain.

At least two auto transport vessels, the Morning Star and Hoegh London, were reportedly stuck when the Ever Given blocked the canal.

The Suez Canal episode was the latest in a string of problems over the last year. In 2020, the coronavirus caused many plants to close or slow down. In 2021, a shortage of parts essential to making new cars (e.g. semiconductors, seating foam and other petroleum-based materials) has led car makers to cut back further on production.

A different sort of traffic jam has also added to delays. Container ships at major US ports, such as Los Angeles and Long Beach, are anchored offshore waiting for dock space to open up.

An import surge fueled by new shopping habits, along with transport and logistics workers staying home because of the coronavirus, combined to slow down operations even before the Suez Canal fiasco.

There seems to be a clear need for more production, with dealer inventory lots running low and demand set to rebound as economies reopen and people buy new cars.

Will auto manufacturers be able to respond? How will the industry perform? Which companies and countries will fare better than others? 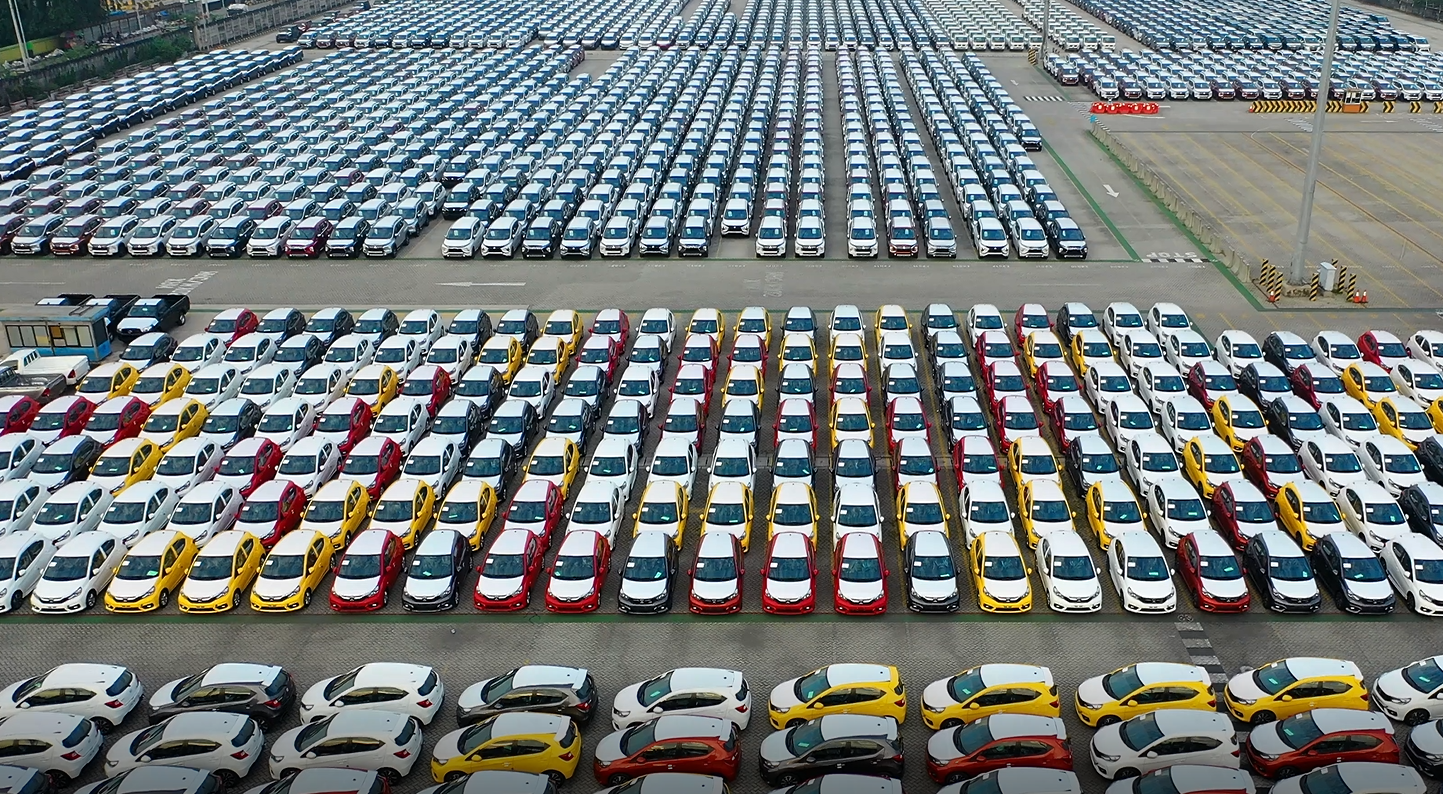 For answers to those questions, Ursa Space monitors auto plants around the world for observable, physical activity that can signal changes in production.

Some of the companies are BMW, Fiat, Ford, GM, Hyundai, Nissan, Tesla, Toyota and Volkswagen.

The map below shows a selection of auto plants alongside oil inventory locations monitored by Ursa Space in Western Europe.

While the worst case scenario was avoided, the temporary closure of the Suez Canal still raises some uncomfortable questions.

How would you follow the market impacts? What would you rely on for the most accurate, real-time information?

If you’re interested in learning more about our products, email us at info@ursaspace.com. We’d love to have a chat.