It’s only the dog days of summer, but the early candidate for story-of-the-year in the oil market might well be the Permian Basin bottleneck.

Quarterly earnings out this week renewed attention on the outsized role that a lack of pipeline capacity in West Texas and New Mexico has played on oil companies’ bottom line.

A discount for WTI crude in Midland, Texas versus Cushing, Oklahoma has meant different things for different companies.

It’s been great for refiners using relatively cheap Permian crude as a feedstock. But the Midland discount has also lowered profits for shale oil companies operating in the same basin.

There’s also the case of a major oil trading desk losing money in the second quarter after having apparently placed bets on the wrong side of the Midland/Cushing spread.

After years of stability, the Midland differential transformed this spring into a volatile trade. Nor have things calmed down, with the discount topping $16/b in July. 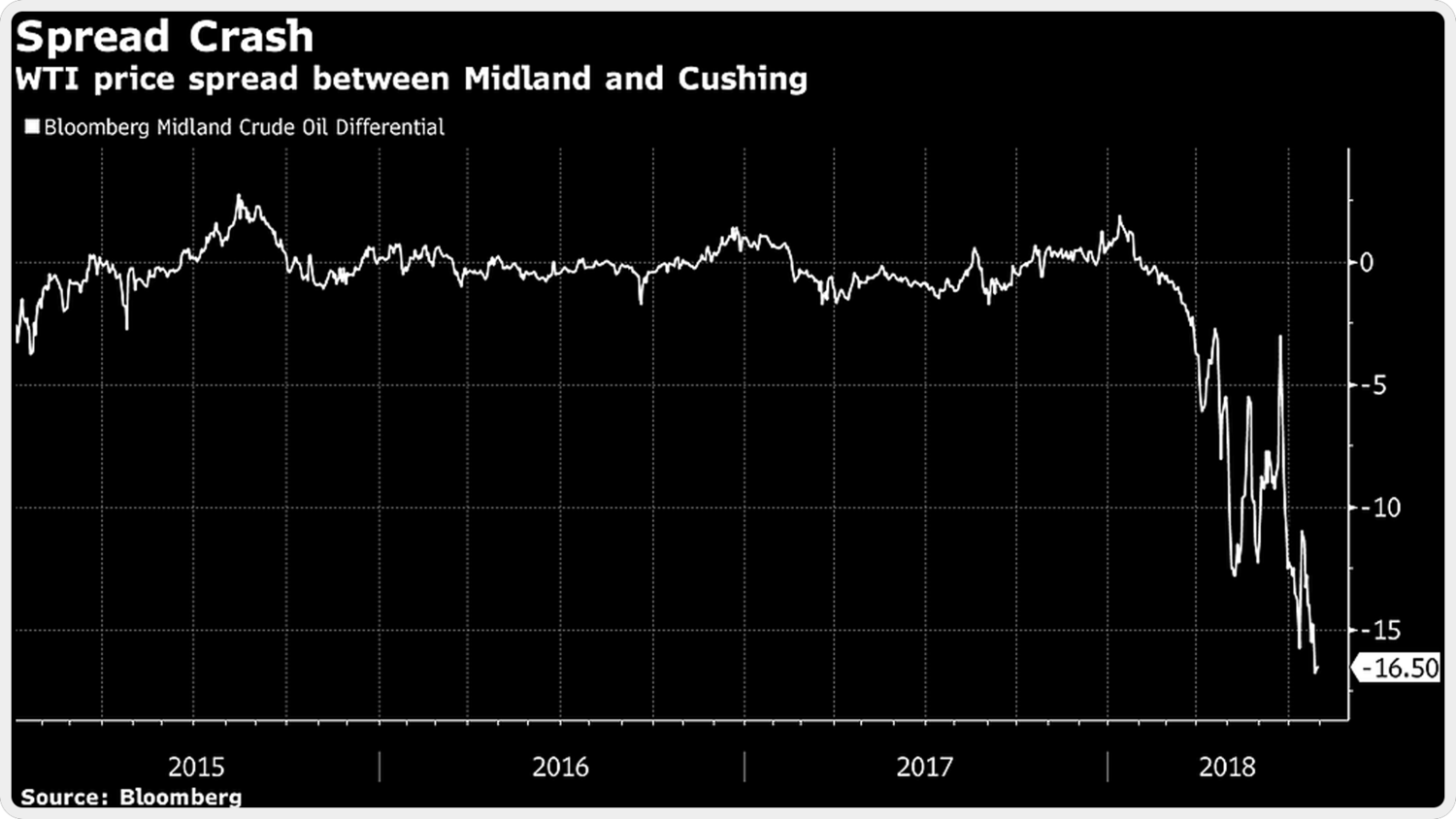 The large discount for WTI Midland was necessary to relieve the glut of crude in the Permian straining the region’s pipeline system.

More expensive methods, like trucks and trains, have begun to be used to supplement the pipeline network. The difference in price between crude at Midland and Cushing or Houston must be large enough to cover those extra costs.

This spread adjustment has had an impact. Ursa data shows Midland stocks building from March until early May as the lack of pipeline capacity forced supply into storage. Those extra barrels drained after Midland’s discount deepened by enough to make alternatives viable. 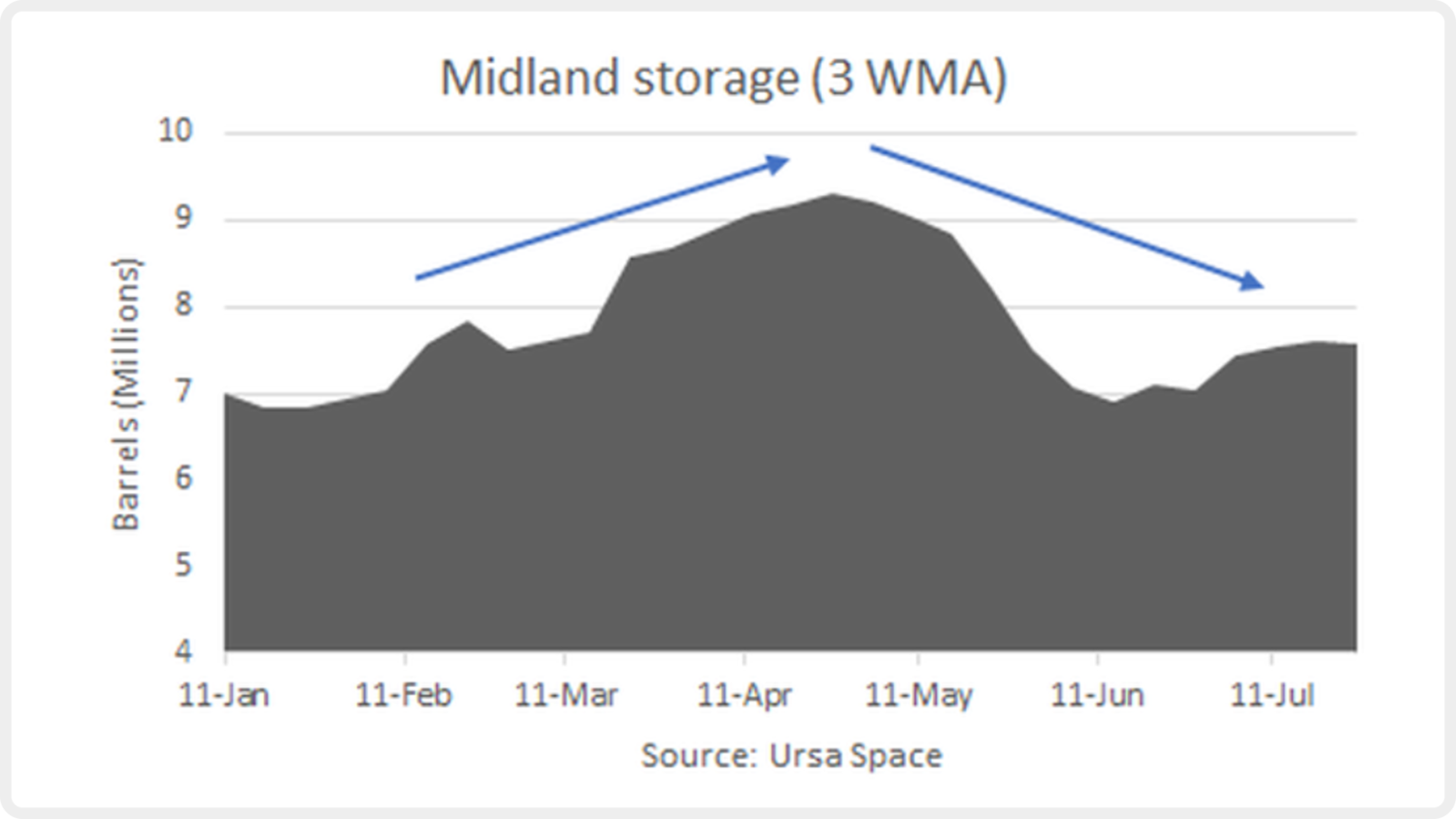 What do you think? Will the Permian bottleneck be the oil story of 2018?