The View from Geneva

Despite crossing the Atlantic, US crude exports were still on the agenda. One speaker called the United States the most exciting place in the physical market these days.

Not that other things weren’t discussed. This is Geneva after all. The center of the commodity universe. It’s the kind of place that invites discussion on wide-ranging topics.

Here are some of the things we heard over the last three days:

Bad combination: The Federal Reserve is raising interest rates at a time when gasoline prices are also increasing. That’s a bad omen for oil demand. Rates hikes and higher fuel prices have pushed the economy into recession before.

Spare capacity: Producers can increase output, but let’s not forget about the possibility of unscheduled disruptions from Nigeria and Libya. Plus, recent reports suggest the Neutral Zone [shared by Kuwait and Saudi Arabia] won’t be coming back online anytime soon.

Nigerian voters go to the polls: The next presidential election is slated for February 16, 2019. Circle the date because acts of sabotage targeting oil infrastructure have often picked up around election time.

An evolution from FOB to CIF basis: Benchmarks have traditionally been assessed near the point of production, rather than consumption. That could be changing. Proposals by Argus (and Platts) for revisions to Dated Brent would add delivered sales to Rotterdam.

DME Oman gets a helping hand: Aramco’s decision to replace Platts Oman with DME Oman in the formula used to price Asian term contracts could be a game changer. The exposure of refiners to DME Oman has surged, which bodes well for the contract’s open interest assuming those refiners actually hedge. 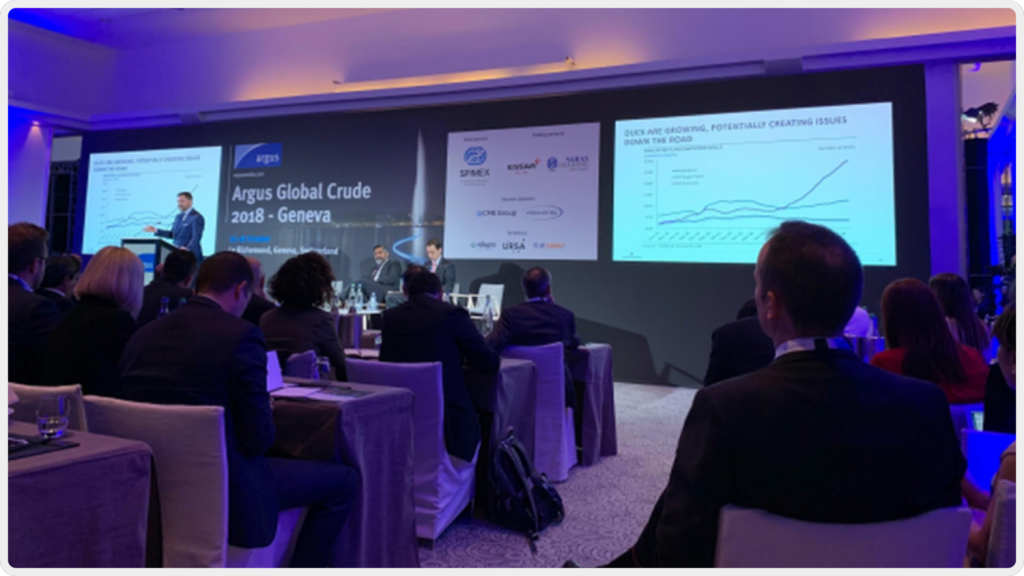 WTI Houston is the leading candidate for Gulf Coast benchmark. One big advantage is the diverse group of buyers and sellers active in the WTI Houston market.

More DUCs: The number of drilled, but uncompleted (DUCs) wells in the Permian is increasing. One reason why has been difficulty in finding skilled labor for crews.

Lots of light & sweet: US refiners have nearly reached the saturation point for processing shale oil making export markets as vital for growth. New refineries outside the US are coming online, but aren’t designed for light, sweet crude. One forecast shows the market for light, sweet crude going from balanced in 2018 to oversupplied next year.

WTI futures trading around-the-clock: As US exports have grown, so has interest in NYMEX WTI from traders abroad. That has enabled the contract to shed its US-centric image. Trading has jumped in South Korea and China.

Urals to China: The shipment of Russian Urals from Primorsk to China has gone from sporadic to routine. The economics have justified the route.

India diversifies: US and Russia are starting to gain a foothold in India eating into the market share of Gulf producers who historically have been the biggest suppliers.

Growing more complex: Refineries built in India over the last 15-20 years have been complex facilities leading existing refineries to upgrade. As such, the country’s refineries can process more types of crude.

Indian elasticity: Road transportation fuel demand is very sensitive to price. So is public policy. In February 2018, amid higher oil prices, the government backtracked on a plan announced in 2016 for the country’s car fleet go to all-electric.

We use cookies on our website to give you the most relevant experience by remembering your preferences and repeat visits. By clicking “Accept All”, you consent to the use of ALL the cookies. However, you may visit "Cookie Settings" to provide a controlled consent.
Cookie SettingsAccept All
Manage consent