Inadequate supply would force barrels from storage to meet demand. That wouldn’t last forever, however. As inventories are depleted, oil prices would shoot even higher, until enough demand was destroyed to rebalance the market.

That type of scenario has some forecasters predicting the price of oil could hit $200 a barrel.

On the other hand, there is hope that production increases elsewhere (e.g., US, Saudi Arabia, Venezuela, Iran) could offset Russian declines. Or, perhaps, that won’t even be necessary if Russia can still find international buyers willing to buy its oil.

To make sense of this complicated situation, traders & analysts will be watching oil inventory levels like a hawk to gauge the net impact. Some of the questions on their minds will include: 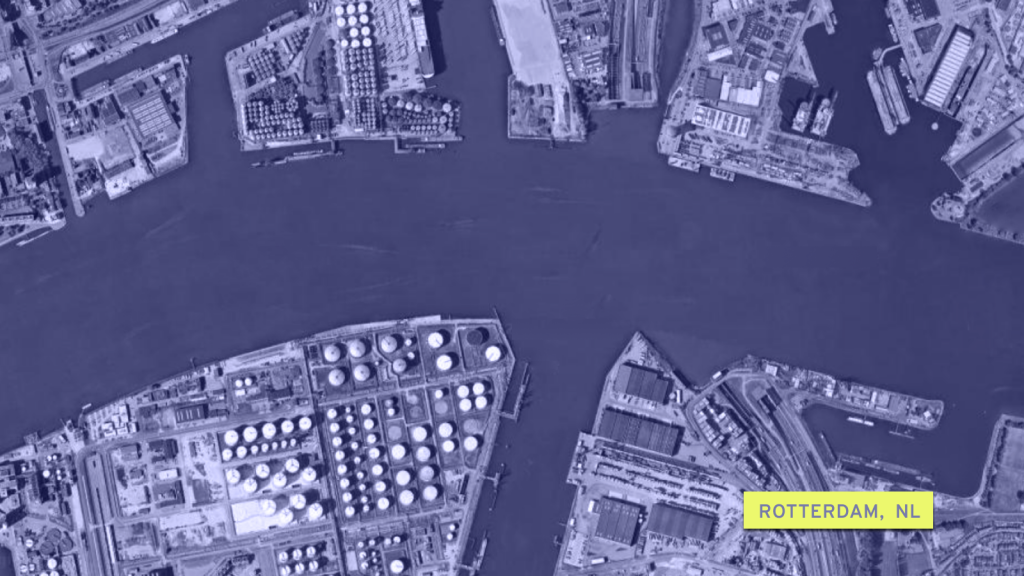 But first, we need to understand the current conditions facing global oil inventories. And to do this, we can look at Ursa Space’s proprietary inventory data, covering more than 6.6 billion barrels of capacity across +950 locations in +120 countries.

Curious how we do this? You can read about our technique of turning radar satellite imagery into oil storage measurements.

What a difference a few years makes. Back in early 2020, the pandemic killed oil demand, causing inventories to balloon. Remember negative oil prices?

As economies reopened, oil demand revived, but production has been slow to catch up. Oil inventories began to decline in July 2020, and have stayed mostly on a downward trend since then.

The graph below shows global oil inventories from July 2020 to February 2022 (blue bars). You can see the declines, especially in late 2021.

The orange line plots inventories in 2019 for the same time of year. This line is important because it represents the period before the pandemic, and can be considered a fair representation of “normal levels.”

Since October 2021, inventories have been below 2019 levels by a widening gap, which underscores the tightness of the market even before any supply shock.

2. Inventories are generally tight around the world, with one notable exception

A look at inventories by region paints a consistent picture: Inventories are roughly equal or less than 2019 levels. The surpluses accumulated in 2020 have largely been wiped out.

Why is this significant? The US wants major oil producers to pump more barrels out of the ground to offset any Russian declines. Some of the countries most likely to help belong to the group known as OPEC Plus, which is already ramping output higher each month.

But the problem is that many of these producers are struggling to reach the modest targets in place, probably due to technical constraints.

Gulf producers (i.e., Kuwait, Saudi Arabia and UAE) do have spare capacity and ample inventories to boot. Tapping these resources would go a long way toward calming market jitters.

With many of its usual customers turning away, Russian oil companies are dealing with an abbreviated list of refiners still willing to do business with them. Who exactly is on that list? And will it be enough to keep sales afloat?

One assumption is that China could emerge as a major buyer of Russian oil. The two sides inked a deal in early February strengthening their oil & gas ties. In 2021, Russia was China’s second-largest crude oil supplier, delivering 1.6 million barrels per day on average.

These imports are split roughly 50:50 between pipeline deliveries and seaborne flows.

Oil inventory trends at pipeline-connected locations, such as Daqing, Dushanzi, Lanzhou and Shanshan, could reveal whether flows of Russian oil into China are changing.

What is clear at the moment is that China has the empty storage space to fill up on Russian oil imports, if it so chooses.

The graph below shows the downward trend in China’s crude oil inventories from mid-2020 onward. Capacity utilization was 59% in March 2022 versus 70% in September 2020. 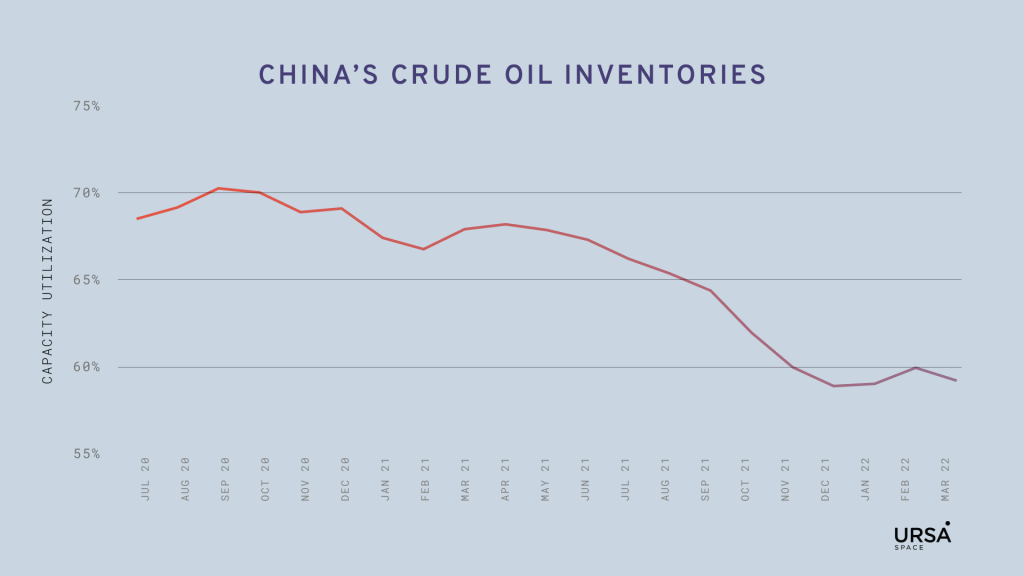 Interested in learning more about Ursa’s oil storage measurements? You can download sample data here. We look forward to hearing from you.