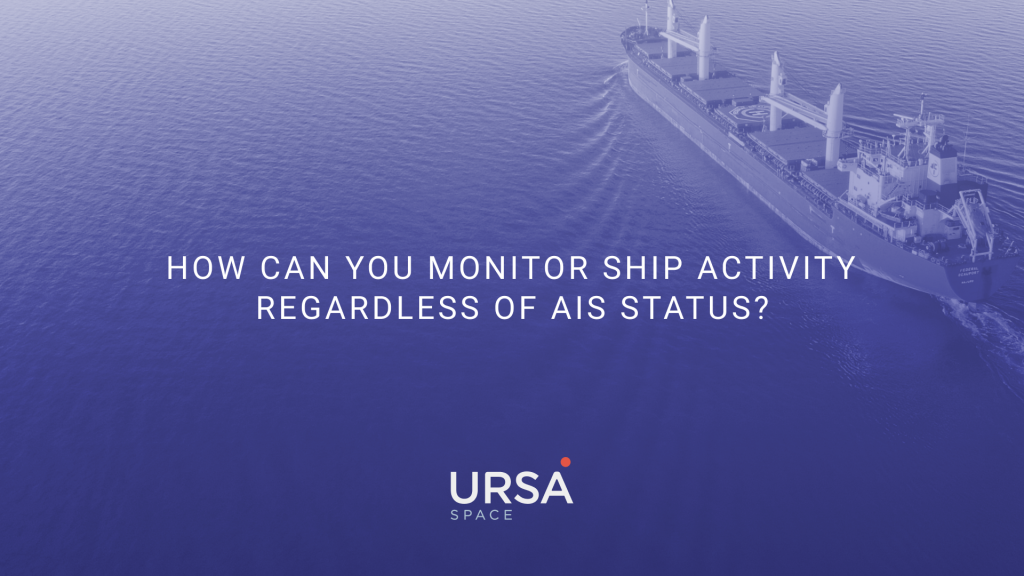 With a grain export deal set to expire November 19, President Volodymr Zelensky made his case to world leaders gathered at the G20 Summit to extend the agreement that guarantees safe passage of ships leaving Ukrainian ports.

“The right to food is a fundamental right of every person in the world,” Zelensky said.

The possibility of Russia abandoning the deal elevated the risks of food shortages if ships cannot export grain from Ukrainian ports, a major supplier of calories.

The ability to track vessels in the Black Sea is essential to assessing the risk level, though this has proven difficult because of the widespread occurrence of “dark ships,” short-hand for vessels turning off their AIS transponders.

The prevalence of dark ships has also been part of Russia’s efforts to ship grain from Sevastopol that was stolen from occupied Ukraine.

In our last post, we noted how ships plying this trade have stopped broadcasting their AIS signals, but that a solution exists to monitor dark ships.

This solution was used to identify two ships around the grain terminal in the Crimean port of Sevastopol on October 29. Neither were broadcasting AIS signals. 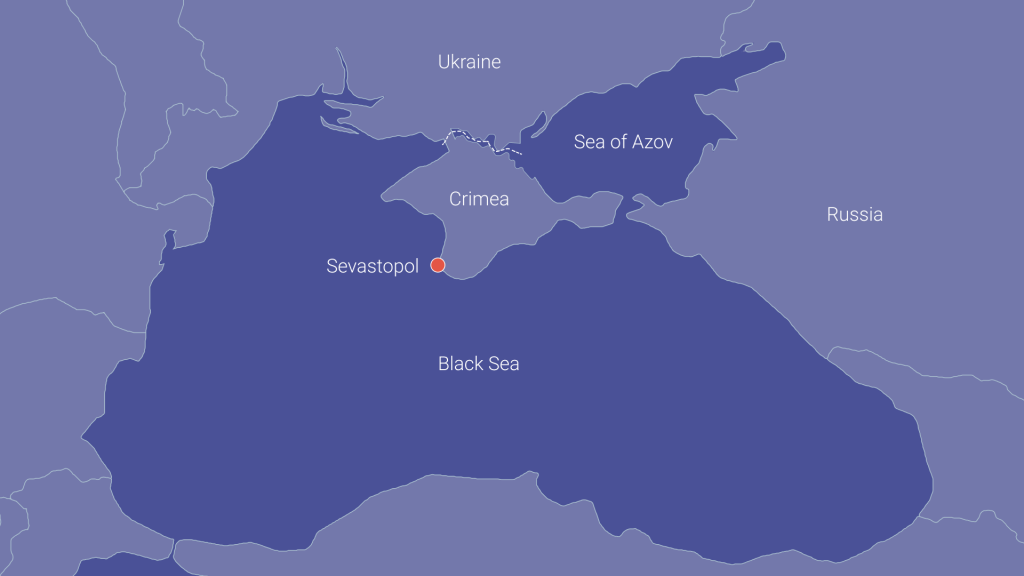 The point of this example is to illustrate how dark ships can be monitored, which can help uncover potentially illicit activity and track commodity flows.

The image below captures the Avlita Grain Terminal, along with two dark ships. One ship is docked and the other is being towed away by a tugboat. 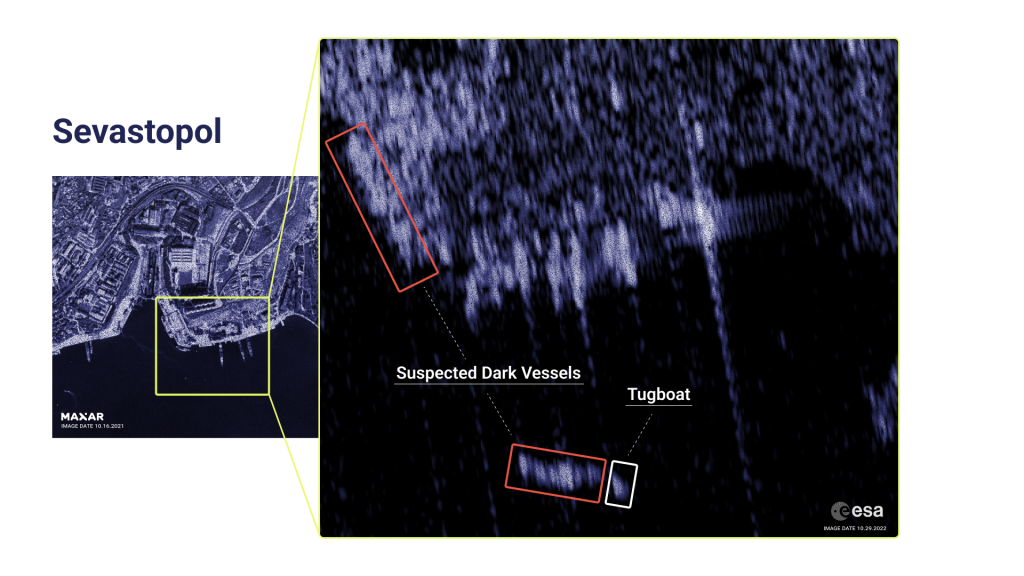 You may be wondering why the image looks the way it does. That is because the technology involved is synthetic aperture radar (SAR), a satellite-borne sensor that works in any weather conditions, day or night.

SAR emits microwave energy that interacts with the earth’s surface and returns to the sensor carrying rich information about the features encountered.

In this case, there are significant differences in energy returned between the commercial vessel and the surrounding water, and this contrast allows for the easy detection of a ship.

Also, it’s worth noting the information received from a SAR sensor is actually microwave data, not an image. An image can be constructed, but it’s the underlying data that we use to detect ships automatically. 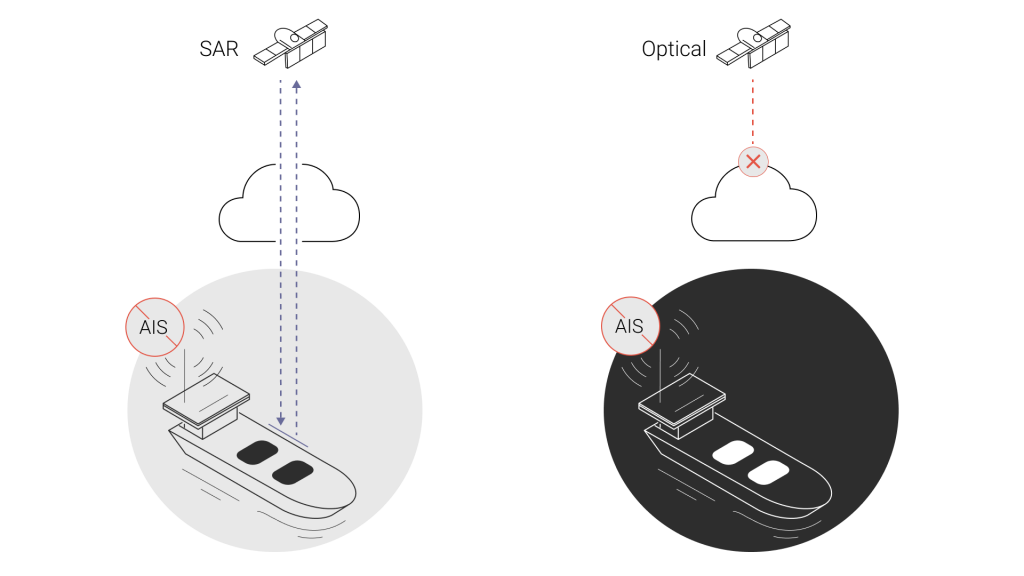 A manual process is far too slow to properly monitor dark ships when you consider the scale of the task. This section of the Sevastopol port is just one of many locations around the world where dark ships are an issue.

With an Ursa-designed algorithm, we can automatically detect ships over a period of time within a designated area, and correlate these vessels with AIS signals. Any uncorrelated ships will be considered “suspected dark vessels.”

We identified the anchorage zone outside the entrance to the port as the area of interest, and applied our vessel detection algorithm to satellite imagery collected in July 2022.

Interestingly, not one ship was broadcasting AIS during this time period. The table below summarizes what we found: 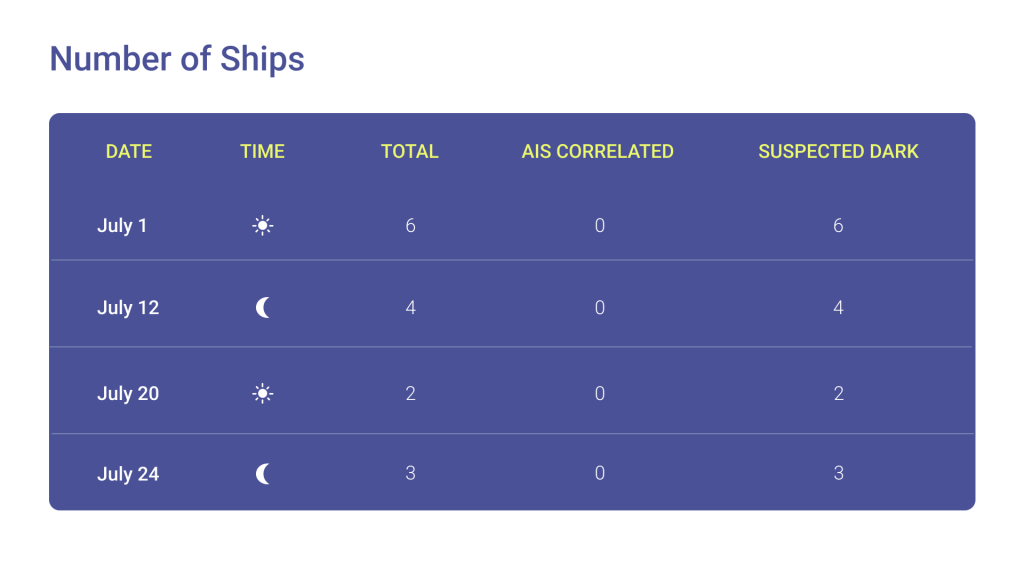