October 10, 2018 – Ursa Space Systems’ (Ursa) Zackary Downey has been announced as one of the Space & Satellite Professional International’s first annual “20 under 35,” a list of outstanding young professionals under the age of 35. The announcement was made at SSPI’s Future Leaders Dinner last night at Satellite Innovation 2018 in Mountain View, California.

SSPI’s annual list of “20 Under 35” features 20 employees and entrepreneurs to keep your eye on in coming years. They were selected from nominations submitted by the membership and evaluated by the same panel of judges who name winners of the Promise Awards. In the words of SSPI, these bright young stars  “represent, quite simply, the best of us in the years ahead.” 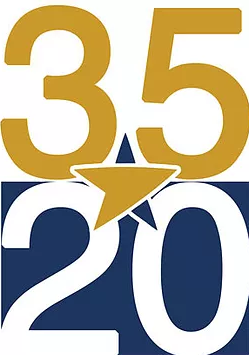 Zackary began his career working in data visualization and applied economics. After graduating with a double bachelor’s degree in Mathematics and Economics from Boston College, he joined Ursa as a Data Scientist and Product Developer in 2016. During his time at Ursa, Zack developed and has helped market the world’s first commercial data subscription product based on radar satellite data. His product—a powerful but easy-to-use weekly report on the world’s oil storage based on commercial satellite radar imaging data—is sold to leading commodity traders, banks and hedge funds.