Will Ethiopia close the gates of its mega dam this summer for a second year, holding back the water of the Nile’s main tributary and angering Sudan and Egypt?

The Grand Ethiopian Renaissance Dam (GERD), a $4.6 billion hydropower dam, has been a major source of friction between Ethiopia and its downriver neighbors.

The issue exploded in 2020 when Ethiopia began filling the reservoir for the first time. Ethiopia has vowed to fill the reservoir again this rainy season, which typically lasts from June to September.

Can anyone outside Ethiopia gain insight into this remote region? The answer is yes. Keep reading to learn how. 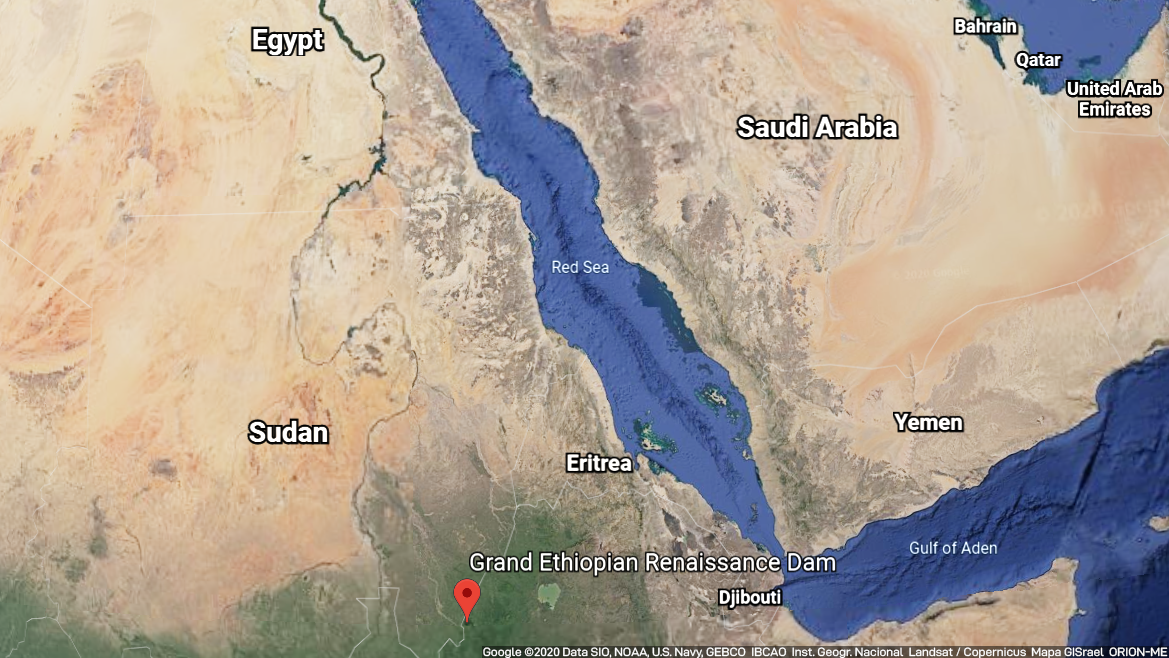 From the perspective of Addis Ababa, GERD represents an engine of economic growth, with the potential to lift millions of people out of poverty.

In Khartoum and Cairo, the same project is viewed with anxiety, threatening to cut off the primary source of water used for drinking and farm irrigation.

Tripartite talks held in Kinshasa earlier this month failed to make any progress over the main sticking points.

Egypt and Sudan, concerned over how quickly the reservoir is filled and what would happen during a multi-year drought, want a legally binding agreement detailing how the dam is managed. Ethiopia has refused to enter such a pact, leaving the two sides deadlocked.

Ethiopia floated the idea of exchanging data on the operation of the dam, but that offer was rejected by Egypt and Sudan.

The Sudanese irrigation ministry said it was a “necessary procedure” to exchange information, but lacked confidence in the Ethiopian side to be an honest partner.

The back-and-forth revealed the importance of having reliable, independent sources of information.

As we discussed last year, the best technique for measuring changes in the size of the reservoir comes from satellite imagery, specifically synthetic aperture radar (SAR).

SAR is an all-weather, 24/7 technology, which is necessary when you consider the critical period to monitor the reservoir is the rainy season.

Using optical satellite imagery won’t work because of the cloud coverage. The video below illustrates this problem. It’s a series of optical images of the dam from June 13 to August 12, 2020.

In July, Ethiopia closed the gates and the reservoir filled significantly, but you wouldn’t have known that using optical imagery because clouds obstructed the view. In the images above, it wasn’t until mid-August that the clouds parted and allowed the scene to be captured.

By using SAR, the changes in the reservoir can clearly be seen, regardless of weather, and can even be quantified in terms of water surface area. The SAR images below show the GERD reservoir on three important dates: June 27, July 9, and July 21.

Our calculations show a dramatic increase in the size of the reservoir over this time period, as measured by the water surface area. The graph below plots those measurements: 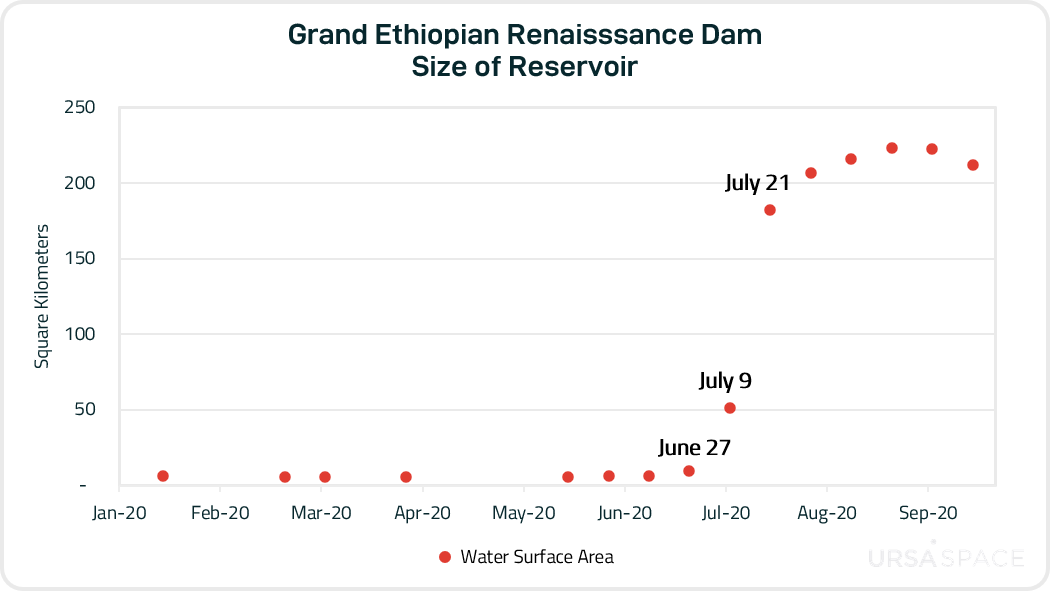 The size of the GERD reservoir peaked in August, declined slightly in late 2020, and has been stable so far in 2021.

What happens next? The reservoir is expected to take 5-7 years to fill completely. How much does it increase by each summer? Will Ethiopia take a pause?

For the foreseeable future, these questions will be raised by Egypt, Sudan and the international community. The stakes are high enough for all parties involved that the possibility of military conflict lurks as a remote, though feasible outcome.

How can you acquire SAR imagery to stay on top of this story?

This month, the blog will delve into Image Services. If you’re interested in this product, let us know. We’d love to have a chat.