Kharg Island Crude in the Crosshairs

With only three months to go before the US cracks down on buyers of Iranian oil, questions remain about how effective unilateral sanctions will prove to be.

US officials want to drive Iranian exports to zero. Accomplishing that goal requires coercing countries in Europe and Asia to sever their ties with Tehran. The US hasn’t imported any meaningful quantities of Iranian crude oil since 1979 and not a drop since 1992.

Whether diplomatic efforts are successful should become clear starting November 4 when US sanctions against Iranian oil sales take effect.

The answer will be revealed by activity around Kharg Island some 35 miles off the Iranian coast in the northern Persian Gulf. This 12.3-square mile island is Iran’s biggest export terminal. 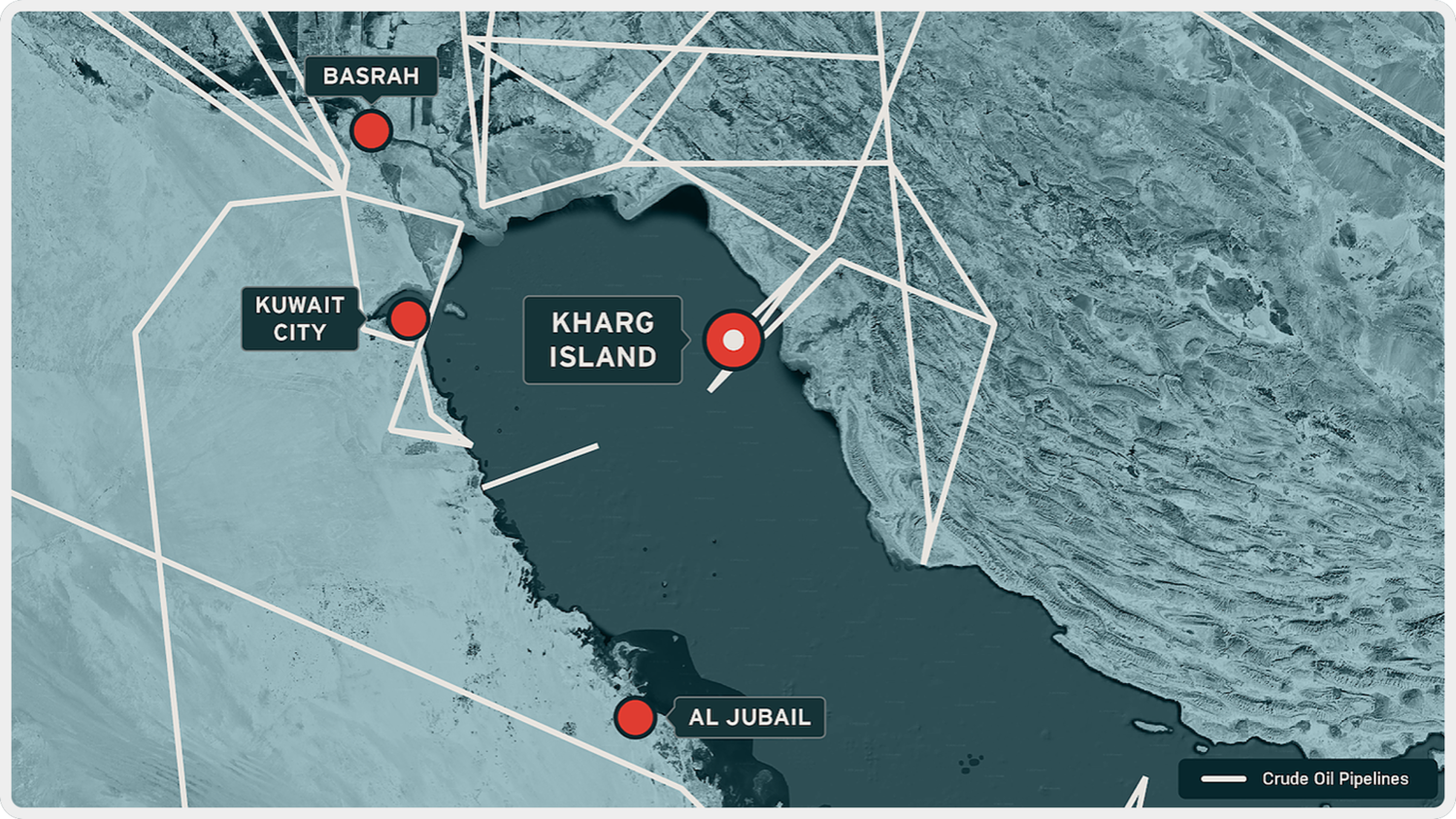 Iran’s exports have been roughly 2.5 million barrels per day so far this year. Some analysts expect that figure to drop by at least 1 million b/d once sanctions bite.

One early indicator will be crude inventory levels on Kharg Island. Stockpiles should rise or fall depending partly upon export flows.

Inventories at Kharg Island have averaged 27 million barrels (~ 66% of capacity) over the last four weeks, our calculations show.

Stocks have been trending higher lately consistent with ship-tracking estimates showing a drop in Iranian exports for August as some customers wind down their purchases.

Pipelines pump oil from onshore and offshore production fields to Kharg Island and into storage tanks.

Crude tankers arrive for loading at one of two jetties. The larger of the two, known as T-Jetty, is located on the east side of the island.

Another heavy crude grade, Soroush, is produced offshore but delivered directly to a nearby floating storage and offloading unit (“Khalij e-Fars”). 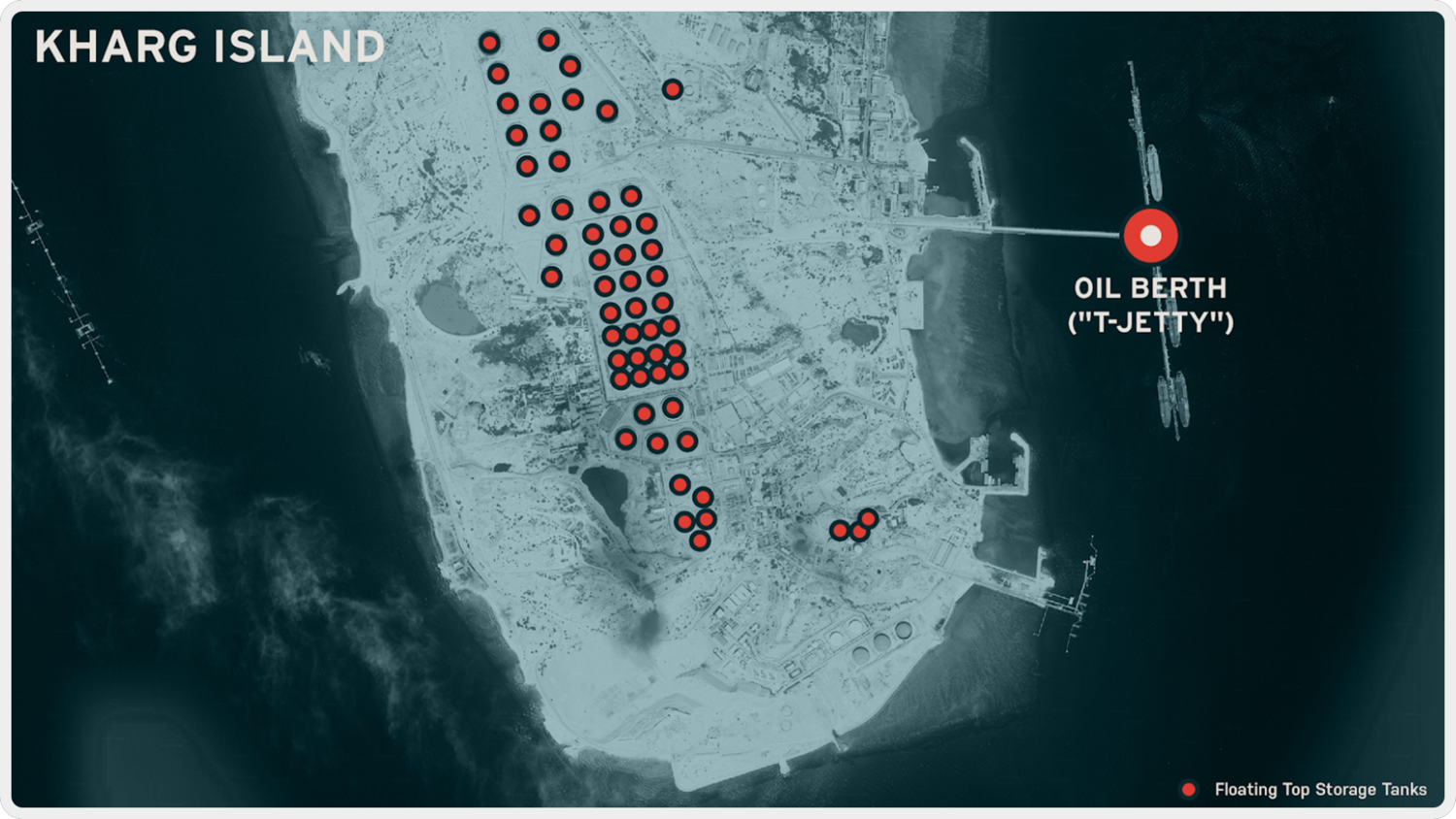 Three decades later, a sense of déjà vu must be felt within the Iranian leadership as another foe takes aim only this time using sanctions, not bombs.

Iran has dealt with an economic crisis made worse by the US’s decision in May to withdraw from the 2015 nuclear deal. Soaring inflation and the freefall of Iran’s currency have led to protests.

All of this hasn’t been lost on President Trump who tweeted on August 4: “Iran, and it’s [sic] economy, is going very bad, and fast!”

Two days later, on August 6, US sanctions were renewed preventing Iran’s purchase of US dollars, a prelude to the clampdown on oil sales starting in November.

If refiners shy away from Iranian crude there should be a ripple effect. Demand will likely rise for close substitutes. Iranian Heavy and Iranian Light are both categorized as sour crude with sulfur contents of 2.29% and 1.58%.

Rival grades for Iranian Heavy include Urals (Russia) and Mars (US), while Iranian Light competes against the likes of Forties (North Sea) and Murban (Abu Dhabi).

Strengthening crude differentials for the above grades would suggest the domino effect has begun.

That chain reaction underscores the central paradox of this situation. Driving down Iran’s oil exports would certainly make life more difficult for Tehran, but also tighten the global oil market.

Is that an outcome the White House can live with?