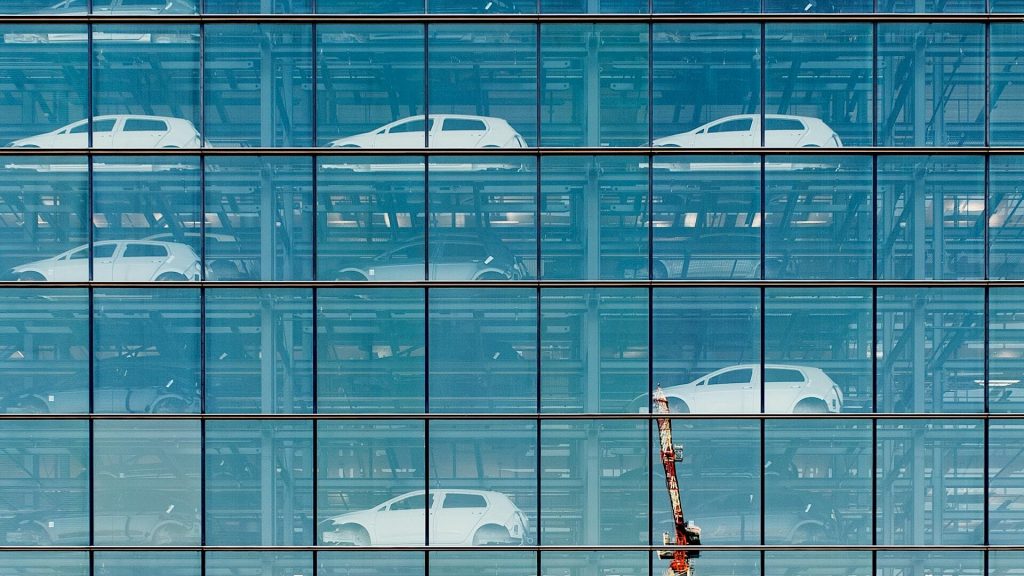 What is the outlook for global carmakers in 2022? To answer this question about where the industry is headed next year first requires an understanding of where things stand today.

Present conditions, as everyone is aware, have been defined by the semiconductor shortage, part of the larger story about supply chain disruptions upending businesses and everyday lives around the world.

After weathering last year’s storm when the automotive industry faced the daunting task of staying open, while keeping workers safe, it seemed like 2021 was going to be a smoother ride.

Not so. But how badly has production suffered as a result?

Let’s turn to a pair of data sources. One source is the International Organization of Auto Manufacturers (OICA), which publishes production figures collected from its members or correspondents and national trade organizations.

The other source is Ursa Space’s Auto Manufacturing Index (AMI), which is derived from satellite imagery. For more information, you can watch a short video or check out this story map.

Our coverage includes dozens of auto plants in these 13 countries:

For the purpose of this analysis, we therefore limited the OICA numbers to the same 13 countries, which represent approximately 80% of global vehicle production per year.

Here are the OICA numbers along with a few key takeaways: 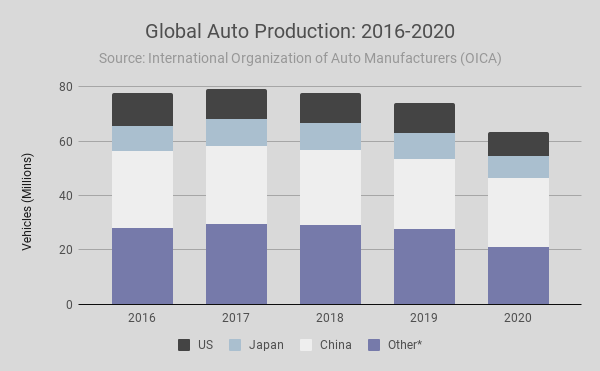 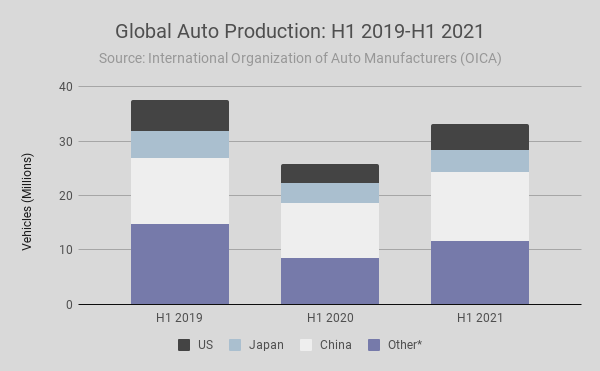 Is this the full story? And what about the second half of 2021?

To compare the AMI with the OICA data, we turned the latter source into an index by dividing production numbers by an average over a given time period (e.g. 2016-2020). 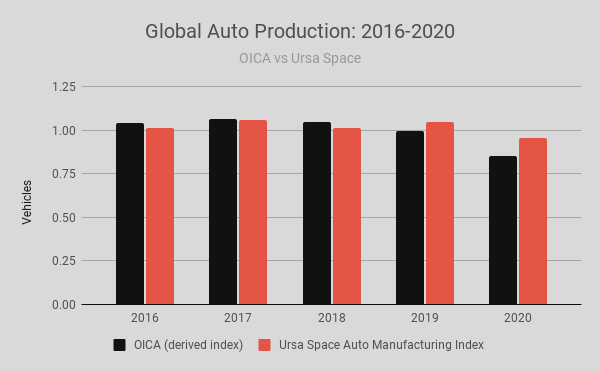 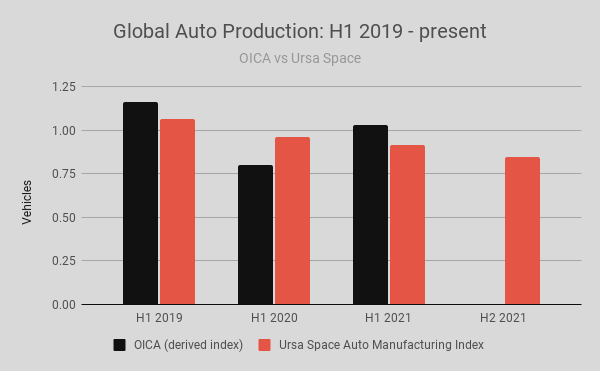 Which countries are responsible for this difference? In which countries did Ursa’s AMI show continued weakness in 2021, unlike the OICA data?

What do you think? Has 2021 seen a rebound in auto production? Or is the industry still dogged by logistical bottlenecks?